Song-Wad House Renovation: Making of A Modern House in an Original Thai-Chinese Context of Bangkok

Originally, this 5-storey-height building lived by the 5-member was a commercial building that shared the living spaces with other families. Hence, the aim of this project is mainly focusing on the introduction of a new circulation core that offers direct access to all private zone of the owner with the concerns of space allocation and a new façade design, which is not just creating the living boundary among the different ownerships but establishing the sense of privacy from inside to outside through the composition of modern materials. 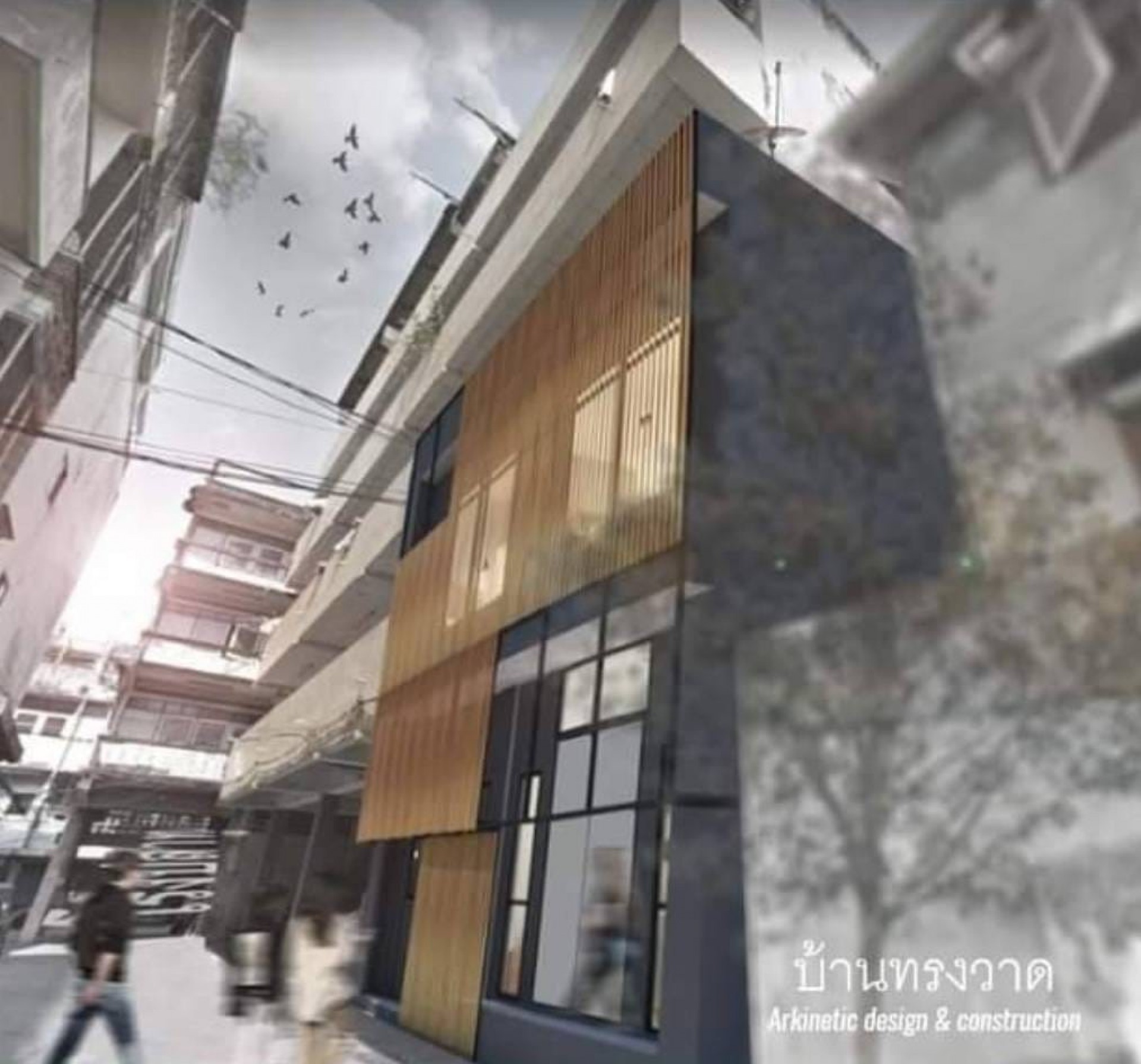 Since the project is based on the different ownerships and the boundaries between living unit, to understand the site conditions and constraints of the existing structure, construction and the materials is a must. This is to ensure the problem identification and data gathering are enough to use for analyze and synthesize and later lead to the design outcome.

To approach the design, there are 3 main ways concerning the problem of the existing structure and construction. The first one is the stair, which needed to be added for new accessibility and circulation. So that some walls on the ground floor need to be removed. Later consider the color finishing and lastly affecting the facade design in the way that how big the opening and enclosure should be. The second one is the floor made from the micro concrete plank module. Since the original material is already strong, the team decided to keep it as it was. But the inclined ground floor, made from coarse concrete, required some fill-in process to make the front level goes up and equal to the rear level. It is finally brought to the facade design that let the owner visualizes the whole proportion of solid and void of the facade. The third one is the column, which is about 25-year-old but still strong enough to use as the main structure for bearing the building load. Hence, the design team has expanded the idea of placing an entrance and opening that would align with the new stair at the rear.

Space allocation is one of the most concerned aspect of this project since it relates to the new circulation needed to provide a new access to every family's member areas in the house. Somehow, to decide how to allocate the space, the design team needs to be sensitive with the current and the future user behavior, developed from the planning. And concerns to Feng Shui as the owner's belief in arranging space to create balance between human and architecture. Hence, the way the architect choose to develop in the schematic design is that place the space organization just opposite to the stair.

Existing building boundaries and accessibility are a big constraint of this project since the house itself is located in a narrow alley of the busy china town in Bangkok where the setback of the neighborhood is lacking. Hence, the design team has proposed a solution for façade design that could offer the owner a sense of privacy from outside to inside as the new façade is also related to how the space is allocated.

Regarding the new proposal of exterior form and interior volume, the space utilization is developed under an idea of to allow each dweller living freely as much as possible. So, to give each room an certain boundary while to maintain the family member's connection, is a ultimate expectation of this project.