SYNERGY : FACE TO FACE WITH THE ECOSYSTEM

At times, when humans are at their most vulnerable state, they turn towards nature for re-assurance. However, in the process of reconnecting with our inner self, we have disrupted the dynamic balance in our ecosystem. Our numerous attempts of ‘capturing’ it has led to the depletion of our habitat. Replacing Nature with our built, has triggered Extinction.

What if we co-exist? What if we share our inhabitant spaces with beings other than Humans?

The Synergy, is an overlooking treehouse that attempts to ‘fortify’ its natural environment and restore the balance in the ecosystem. It manages to protect the natural and physical conditions of the site by wrapping around them rather than building on them. Located in the wetlands of Assam, North East India, this treehouse acts as an observation tower that allows humans to keep an eye over the threats that species other than ours face.
Contrary to popular belief, Rhinoceros’s are one of the most peaceful and gentle herbivores, who share the same threat of extinction as us humans. Through its design, The Synergy draws attention to the rapidly declining state of these critically endangered megafauna. It provides its user the opportunity to connect with their co-inhabitant and discover the true potential of nature.

The Synergy, allows its users the flexibility to remove the barriers between them and the biodiversity of the site, by providing rotatable bamboo panels on its exteriors, open observation decks at various levels, and a rhino feeding area that allows a face-to-face encounter with the greater one-horned animals. Each level of the treehouse narrates a different philosophy and forces one to think and perceive coexistence in any way possible.

Up for a new perspective 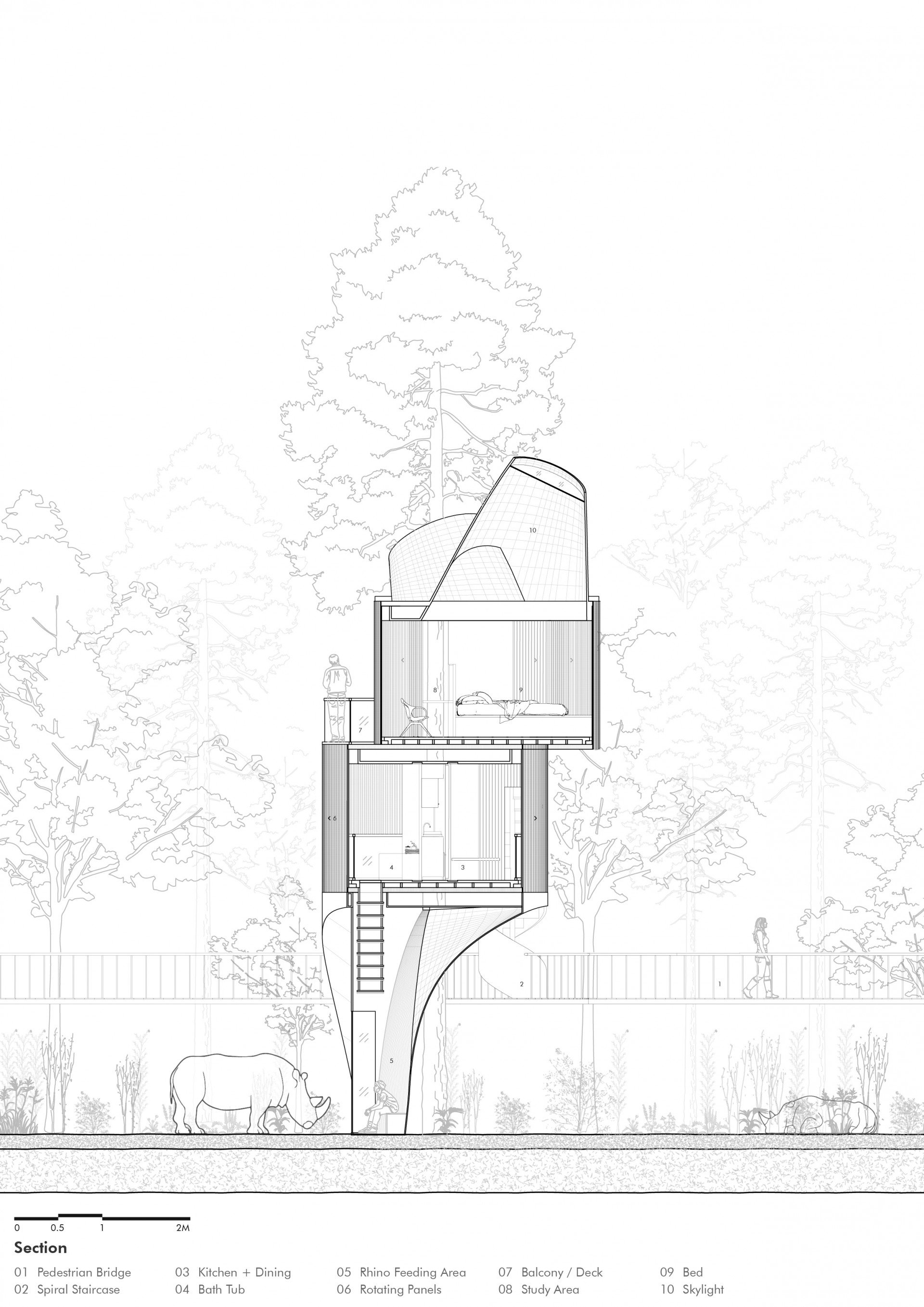