Odaiba third island is an artificial island made in Edo period in Tokyo, Japan; however it has been abandoned ever since it was titled as “traditional heritage”, which must be preserved and untouched, though it contradictorily ended up decaying.

This project tries to deal with this beautiful but decaying island, first by building up waterways and then by placing membranes across the waterways. This is not only to filter and purify Tokyo bay but also to offer places for local people.

Waterways were designed with different widths and depths to adapt the change in water level of Tokyo bay, according to tides, which leads to offer different spatial opportunities for people to engage with the water; the local spacial quality motivates them to sustain the island. 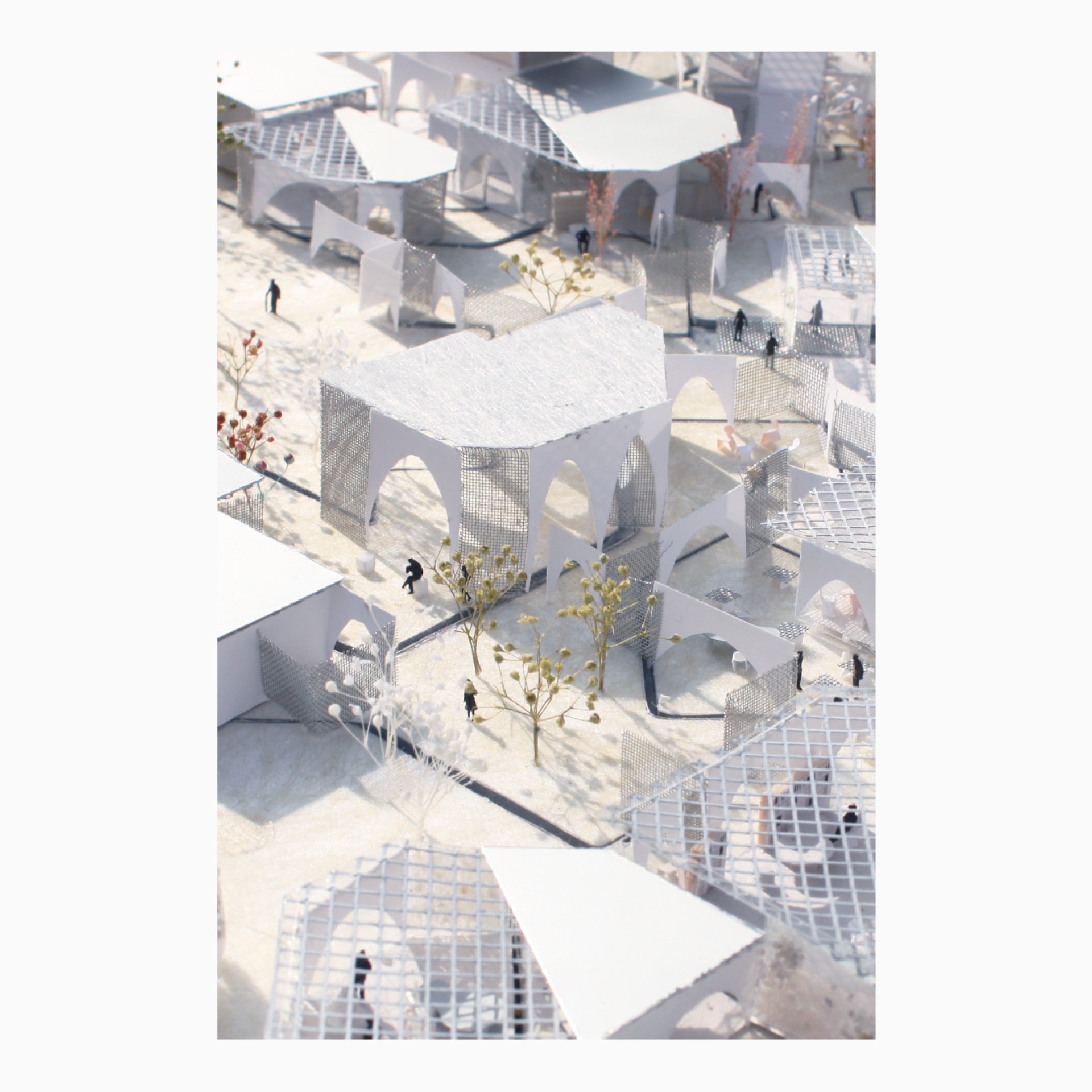 Close-up picture of the model. 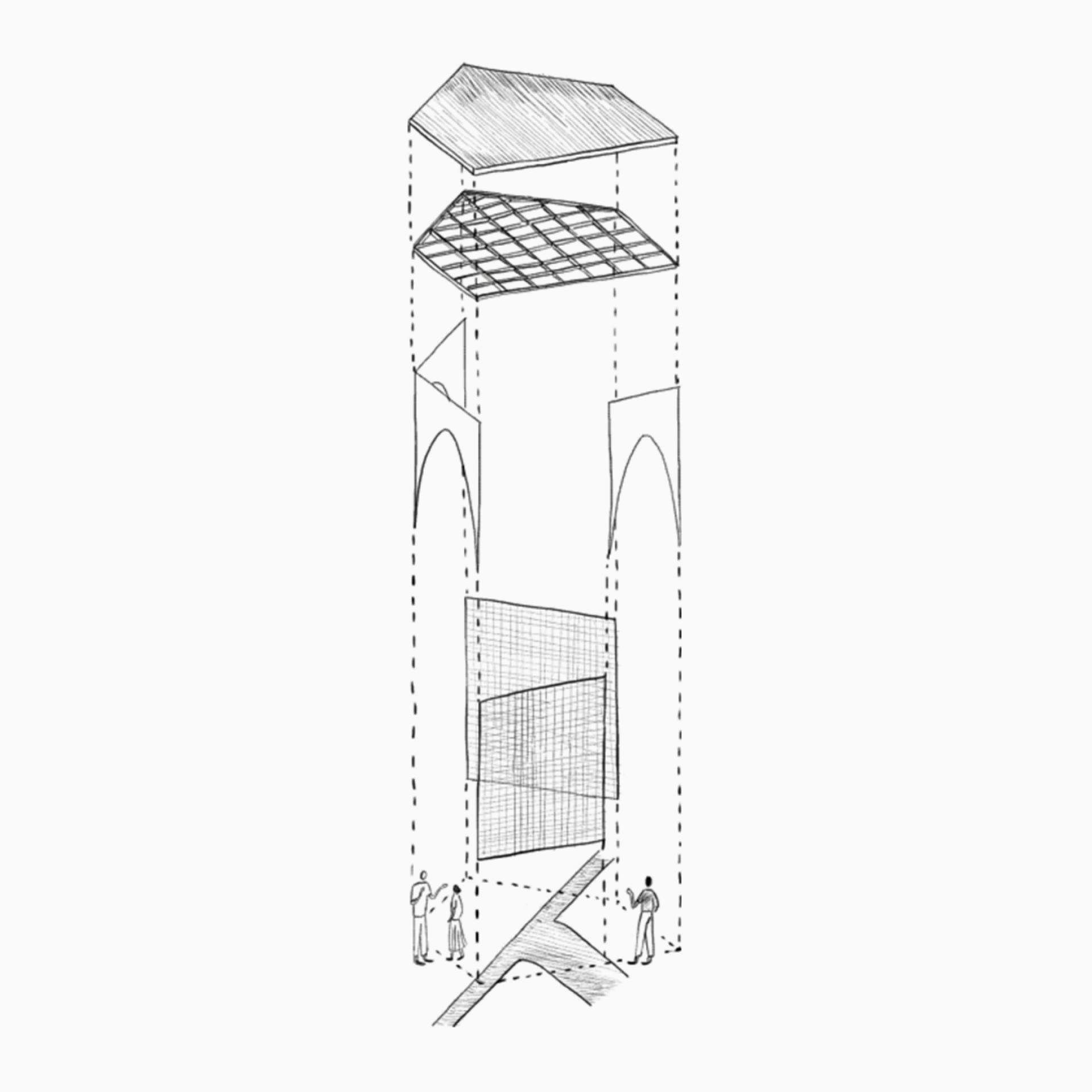 Place-making diagram. Membranes are placed across the waterways and create membrane structure to offer places for local people. 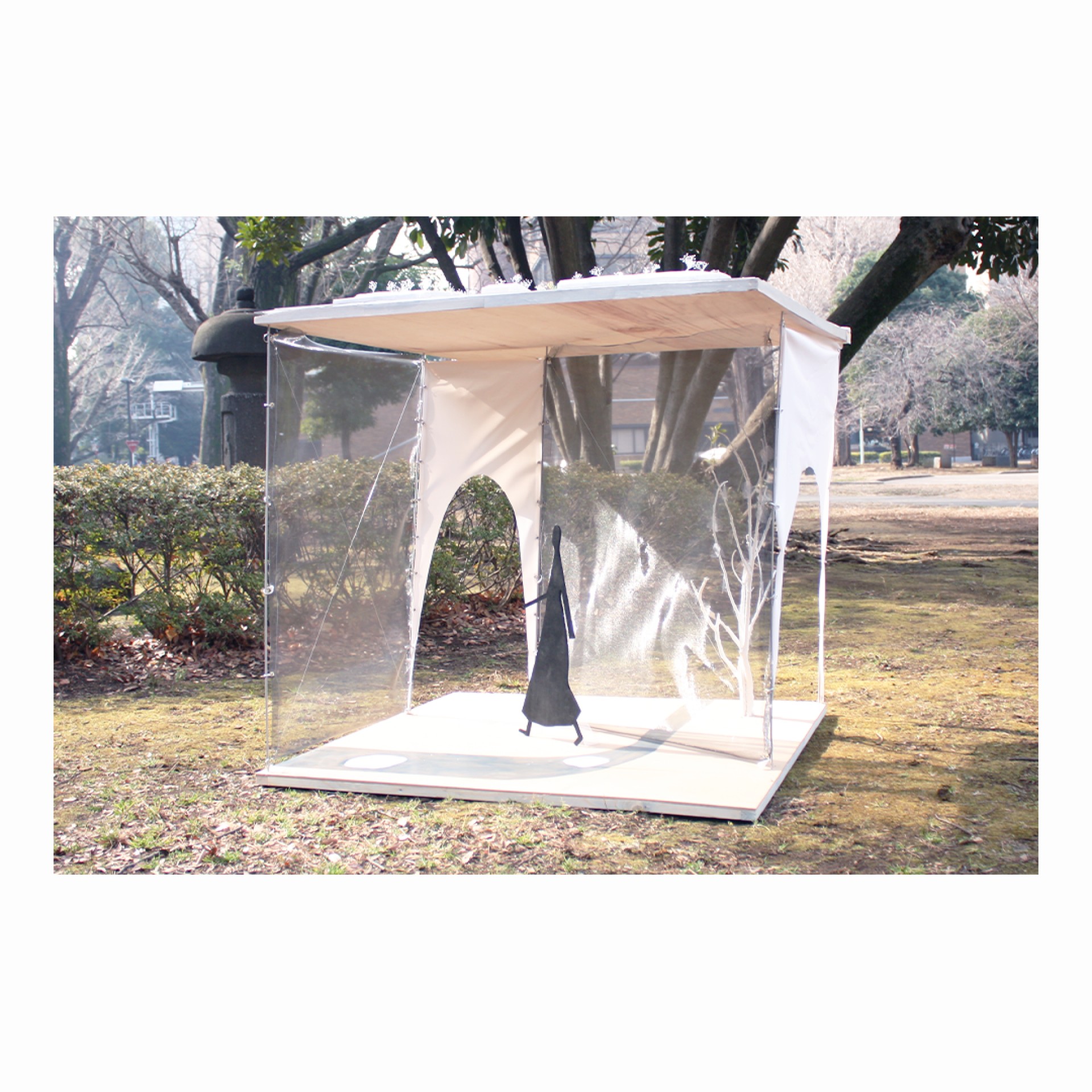 1/3 scale model of the membrane structure.

Tides of Tokyo bay and the corresponding waterways on the island. 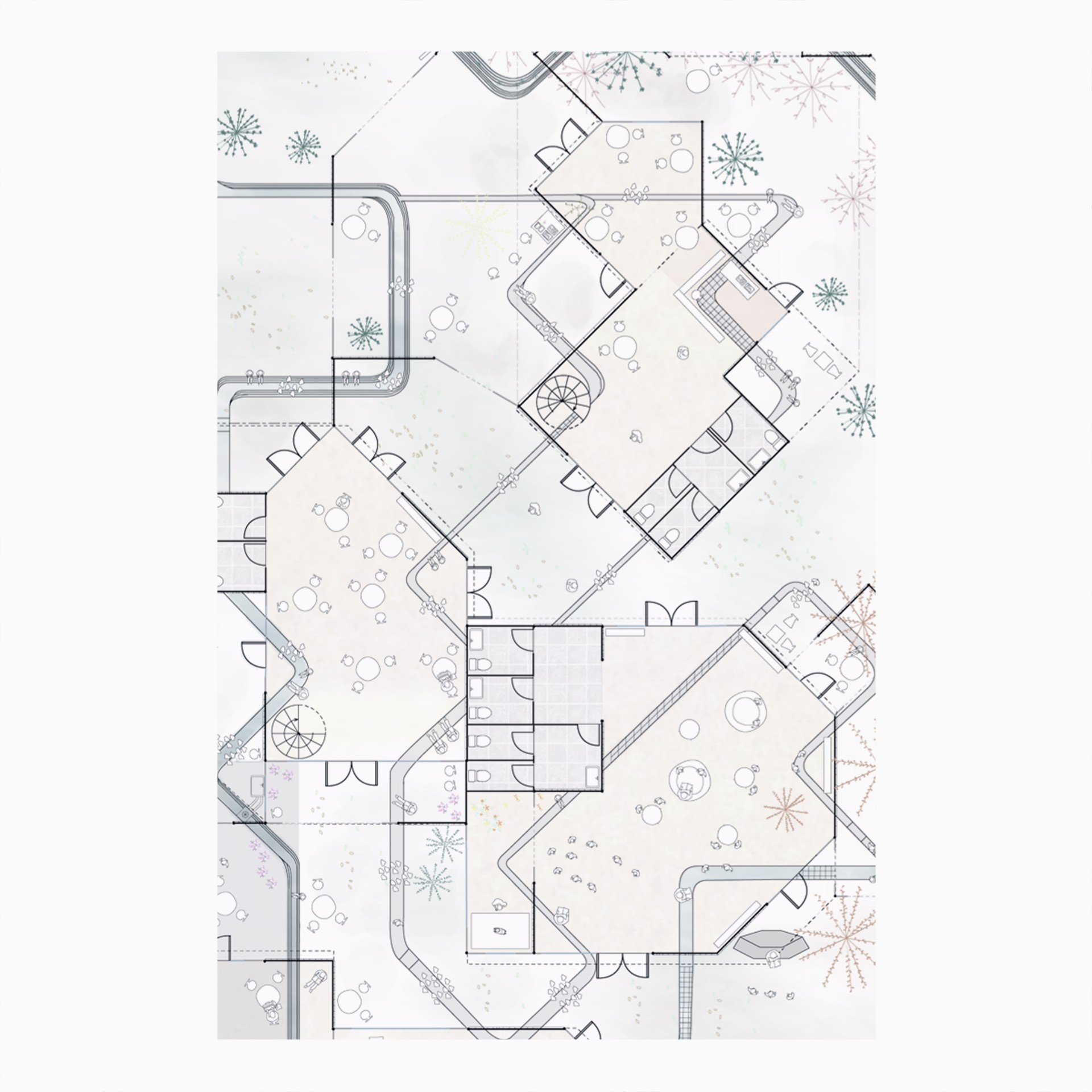 Close-up picture of the plan. Membranes are working as a wall of the polygonal spaces and as a filter across the waterways at the same time. 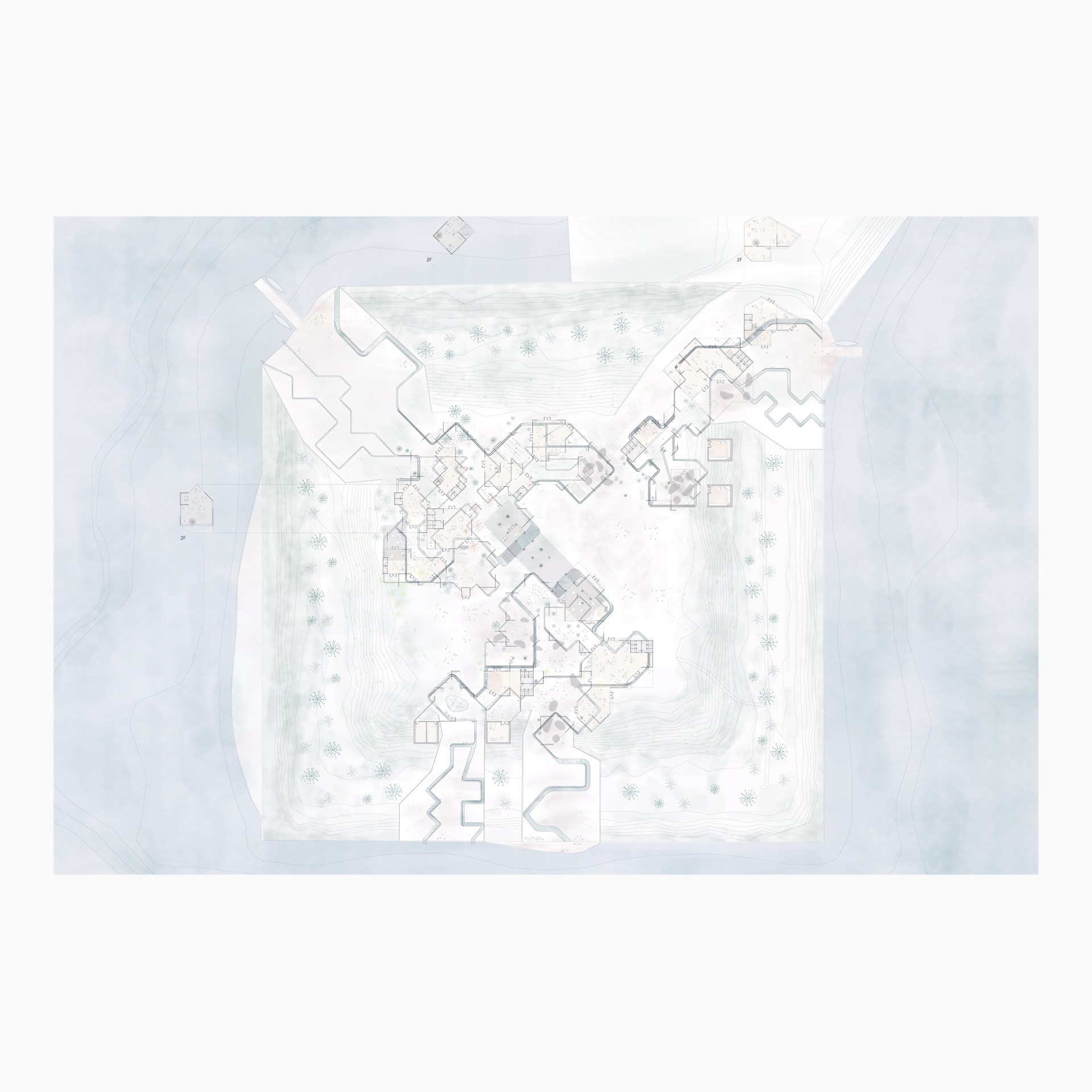 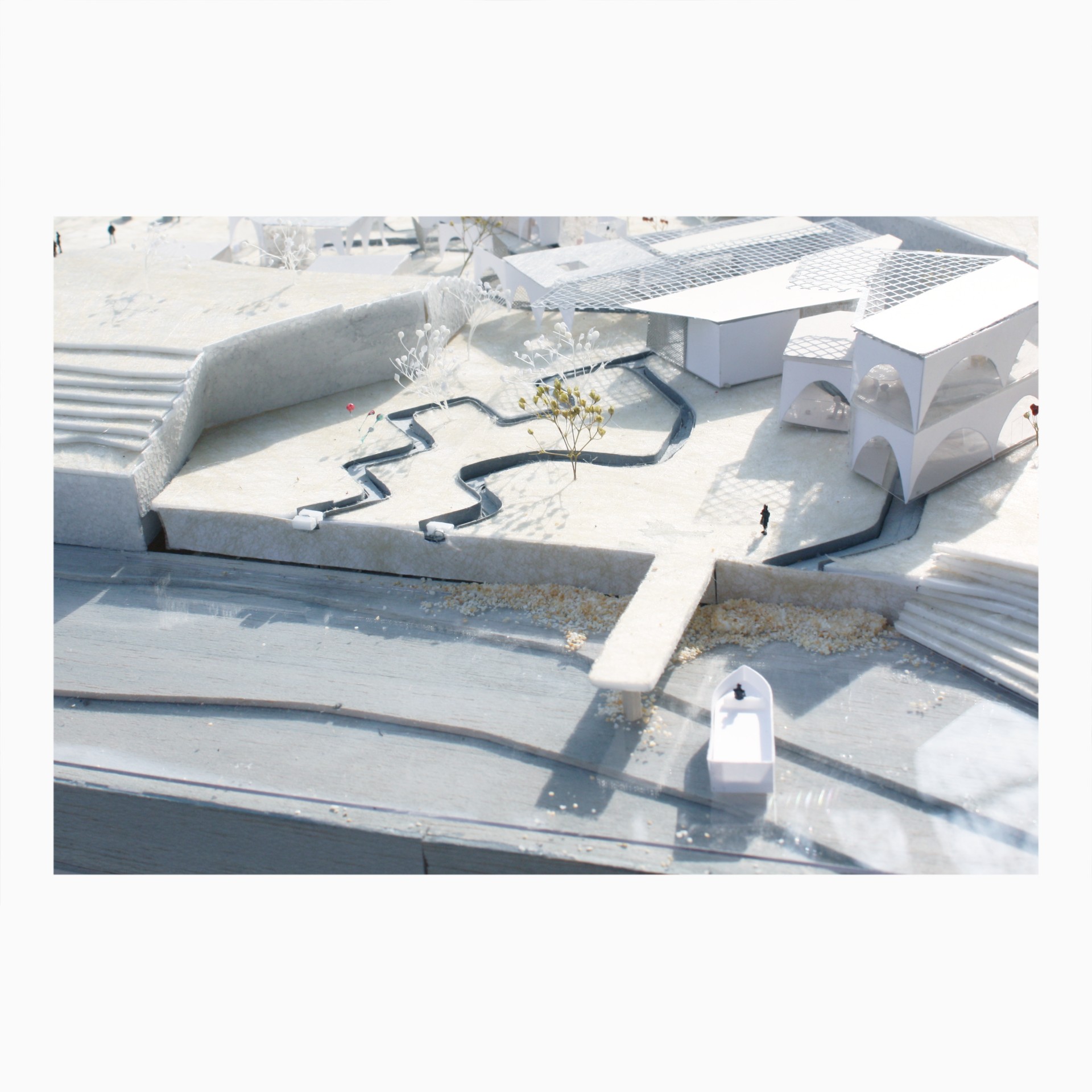 Another close-up shot of the model.