SHAPING THINGS
A journey to explore , through making of a personal object , each one's Identity

The world is in a state of chaos. With huge turns of events happening around us everyday it has become hard to distinguish between day and night, life and death, fantasy and reality . Somehow we all feel a form of disconnect , a disturbance ,uncertainty, a sort of Malfunction somewhere.
Maybe one day we will experience a glitch,a technical error and realize we were just a part of an alternate world, a world technologically advance than us, controlling us all these while.
My project started with the idea of that glitch and how everything in this universe is interconnected with each other. Whether it’s a micro scopic biological element like mycelium or it’s the veins in our bodies, whether it’s the particles from the solar system or the molecules in water. We are all a part of this journey towards our future.
Here I am creating an intersection between material based research and algorithmic practice. Through which I aim to provide promising possibilities connecting the natural with the artificial.
My material Resin is a polymer mixing with organic compounds. In my initial encounters with the material I took it through a series of experiments with heat, colours, confinement, dip and its ability to withstand pressure. With positive results I realised few big advantages of Polyester Resin is its quick dry solution, fluidity ,high viscocity and its power to absorb heat. I used these elements to create the final unseen levels of resolutions and topological complexity into my utopia. The design process strikes a balance between predictable and unprecedented, between control and relinquishment, between chaos and order.
After first few months of experiments with the material it is not hard to accept the fact that Resin does not follow my instructions, rather I am the one to cater to its characteristics and respond according to its behaviors. In my final totem I wanted to address this notion through the algorithm of the material and its unprecedented construction approaches.
In the initial stage I wanted to create a sort of boundary or order as I say to confine the chaos of the material within the walls. I constructed 4 panels to create a void in between them to allow the viewer to experience different levels of transparency as each panel has been compromised from being crystal clear see through vision to a more distorted vision . This creates an interesting relationship between us and the panels. To represent the chaos into the void I approached the method of sedimentation . To give structure to the material I approached the method of suspension. My initial idea was to create different forms of tectonic plates that form an overlapping layer on top of each other giving us a more insight into the duability and strength of the material into becoming more approachable. But as the plates started to have its own set of characteristics towards space I notice that some form of condensation and small droplets of resin starts to pour down giving us a very interesting speculative crystalline structure , so I let it preserve the small balls of falling fluids . As I repeated the steps few more times I notices a pattern of length , strength and visibility of the drops that I can play with. Under the effects of gravity the resin layers started to settle down after few initial disturbances which in result started producing beautiful condensed cycles around the environment.
The resulting architecture does not allow me to visualize or interconnect its methods. Rather the process devised a truly surprising topology that goes beyond what I initially conceived.
Next I started to research on how the material can withstand itself without its boundaries to support . using Vex algorithm we could determine the exact location, flow and intersection of the material and how it will make its journey on a large scale.We could modify the shape and its conditions using just the density and the transparency levels of the material into these algorithms . My scale here as per the algorithm is 4 metres using only the stability and duability of the Resin. The complex form is just an example of many iterations and possibilities that can be created using the same concentration and characteristics of the unpredictable material.
To conclude , Resin is a beautiful material to play with and I am only amazed by its features and its surprises that keeps coming in everyday. Once you accept and figure out a way around the material it is only genius to say the material has a very promising future both environmentally and asthetically. 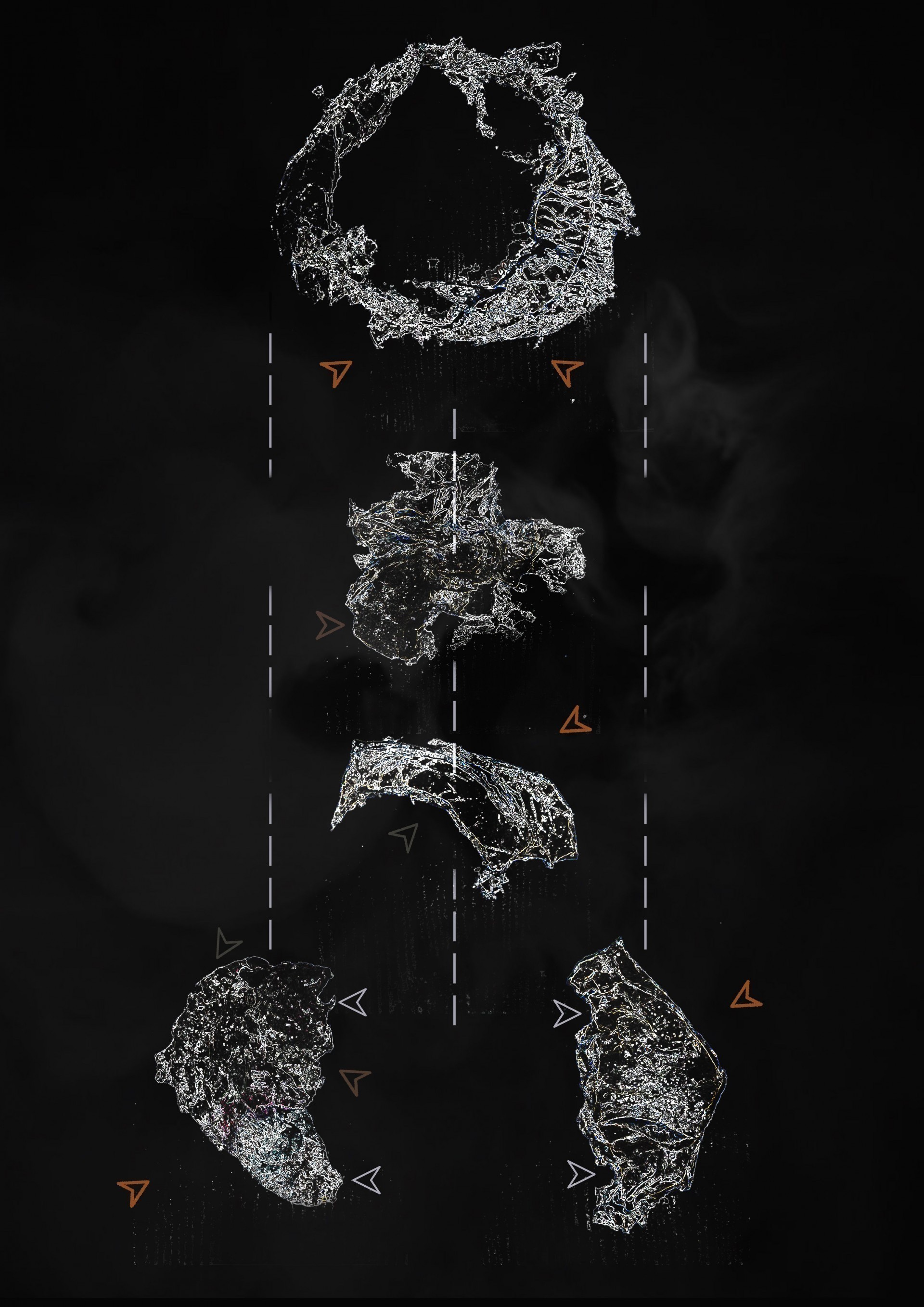 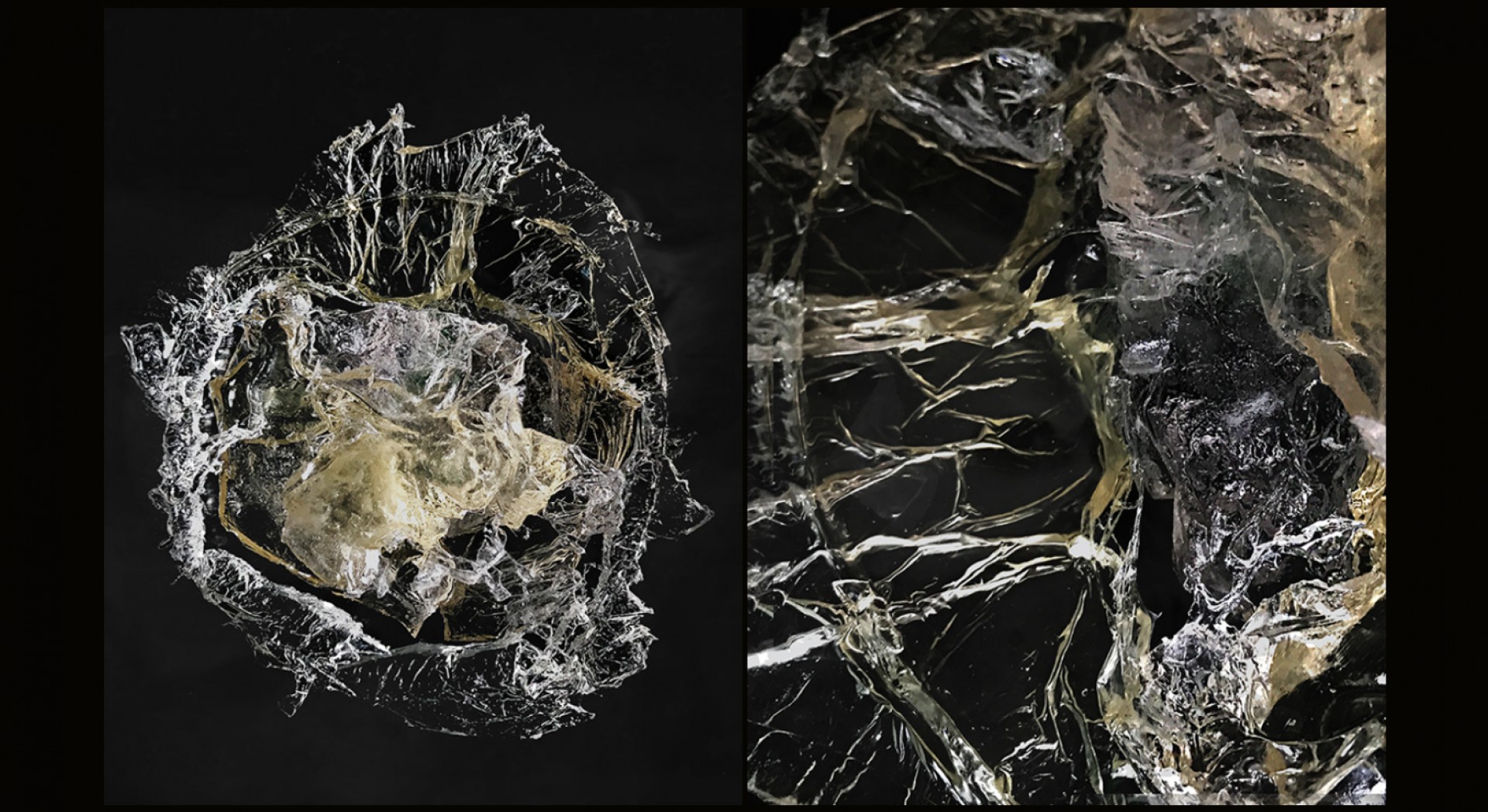 The final object after assembly , locking in a synergy with each other. 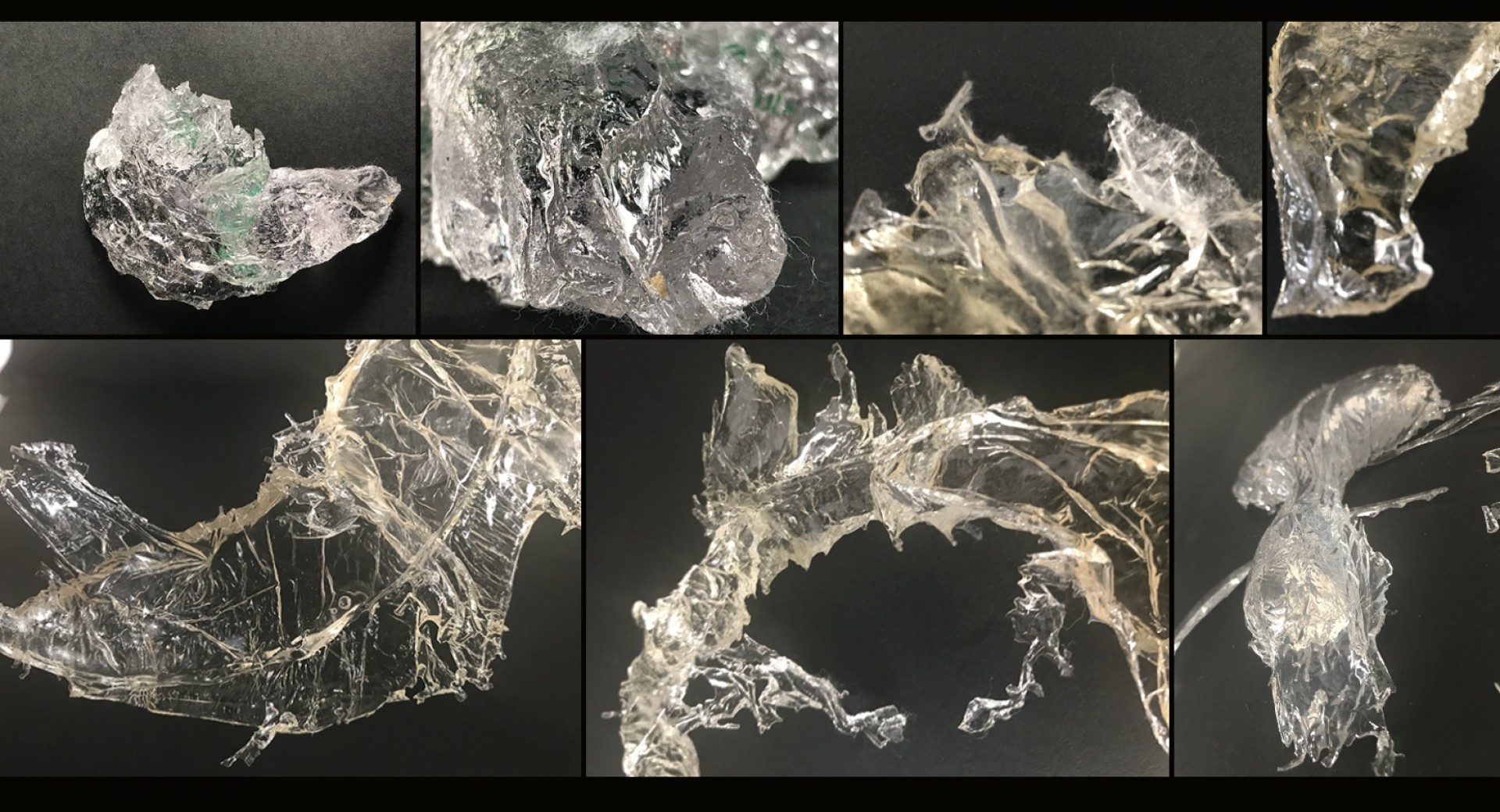 Objects seen through the lens with all its glory and characteristics that helped to develop the final totem. 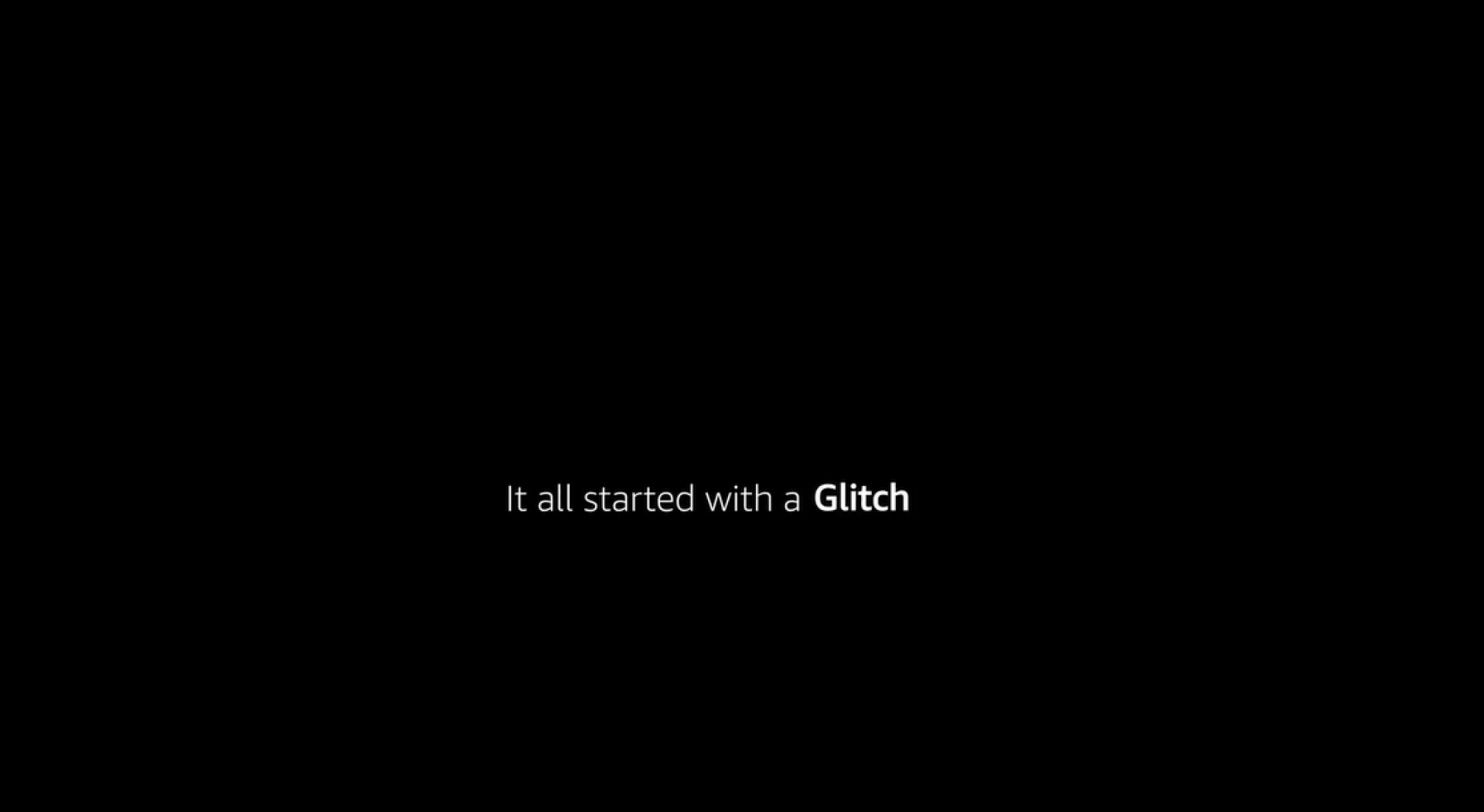 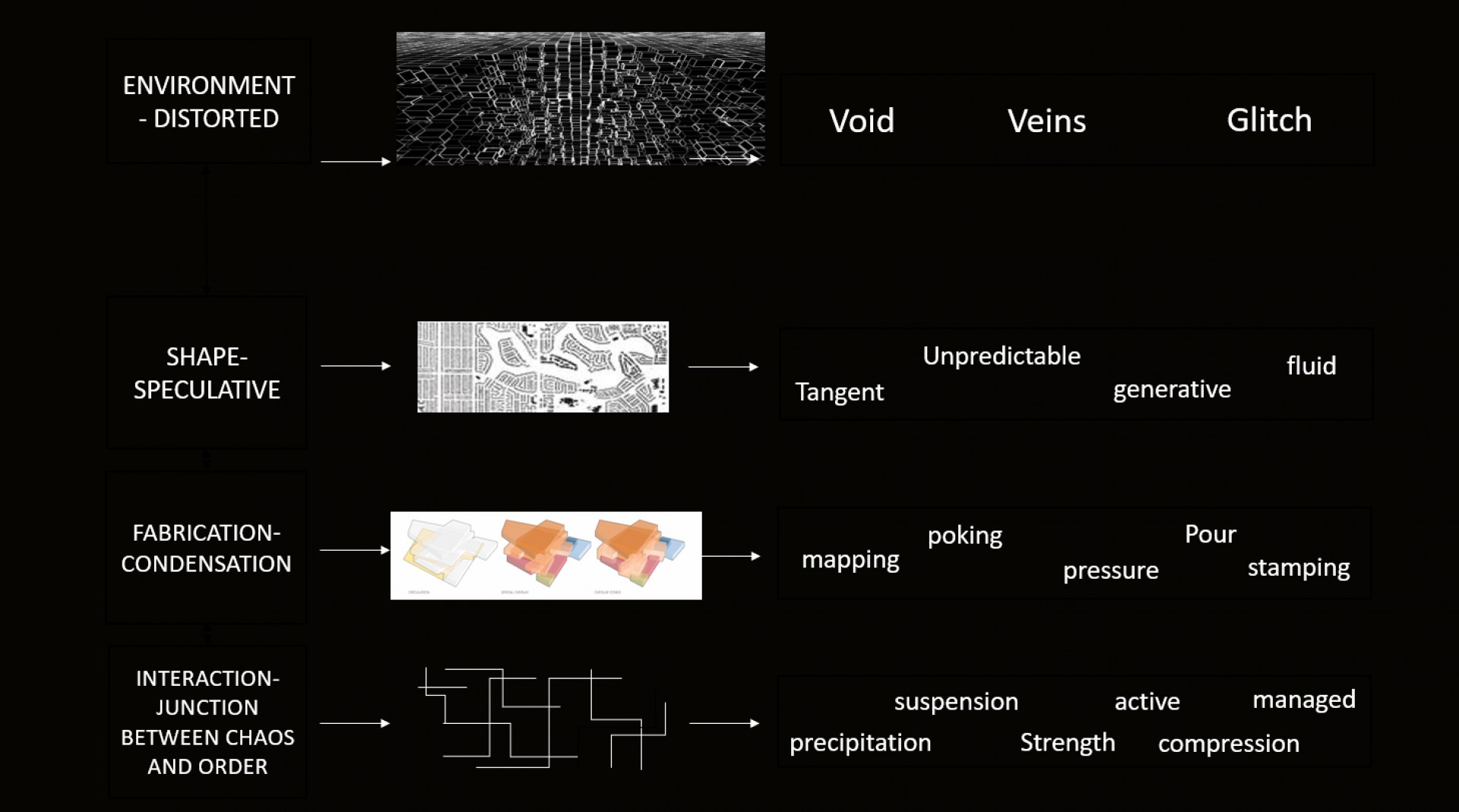 initial experimentation on the environment, shape , fabrication and interaction of the material. this helped us figure out method to find the final solution to the totem.

work in progress using the reference of initial created objects along with 3d printed textures and laser cut boards. combining all methods together in order to justify the creation. 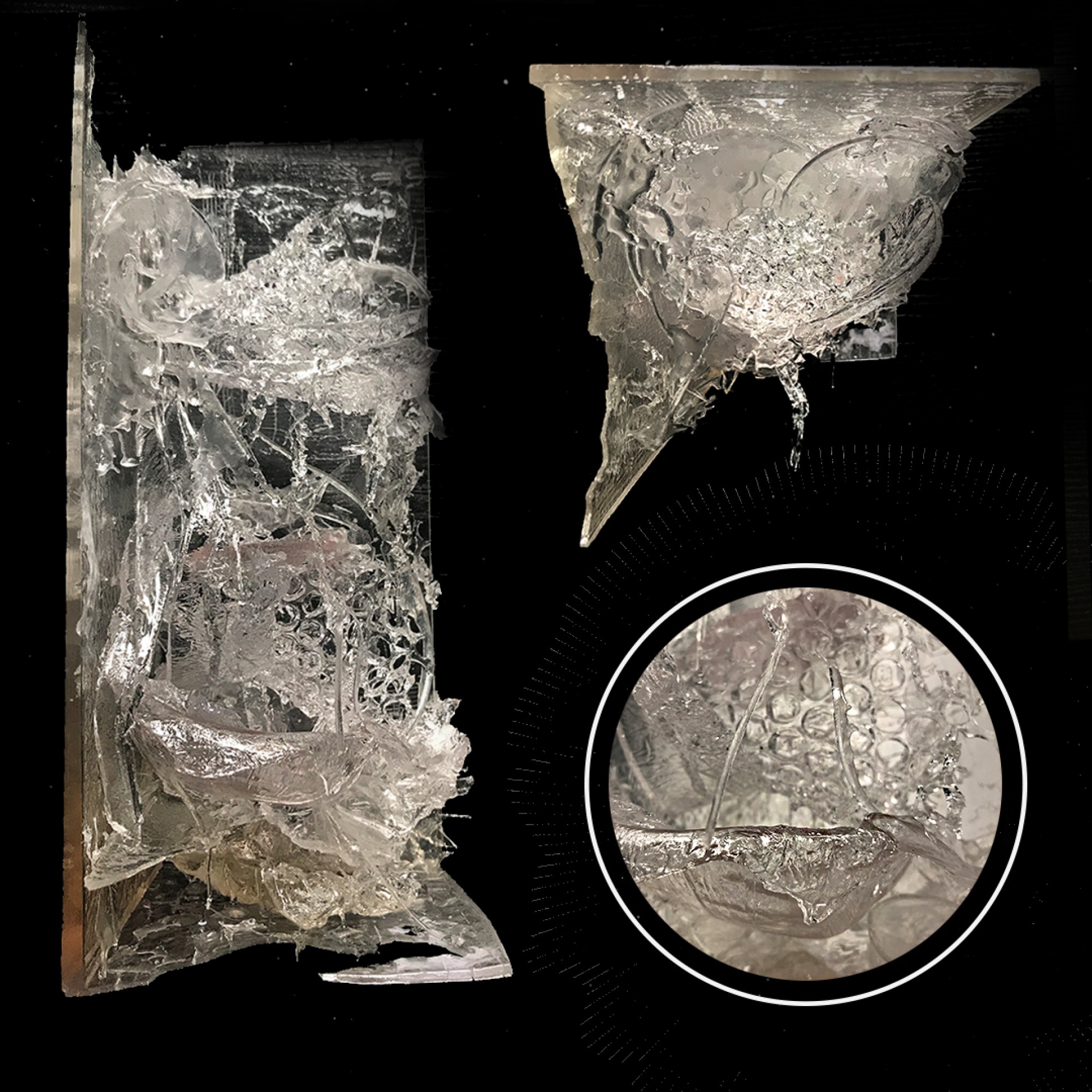 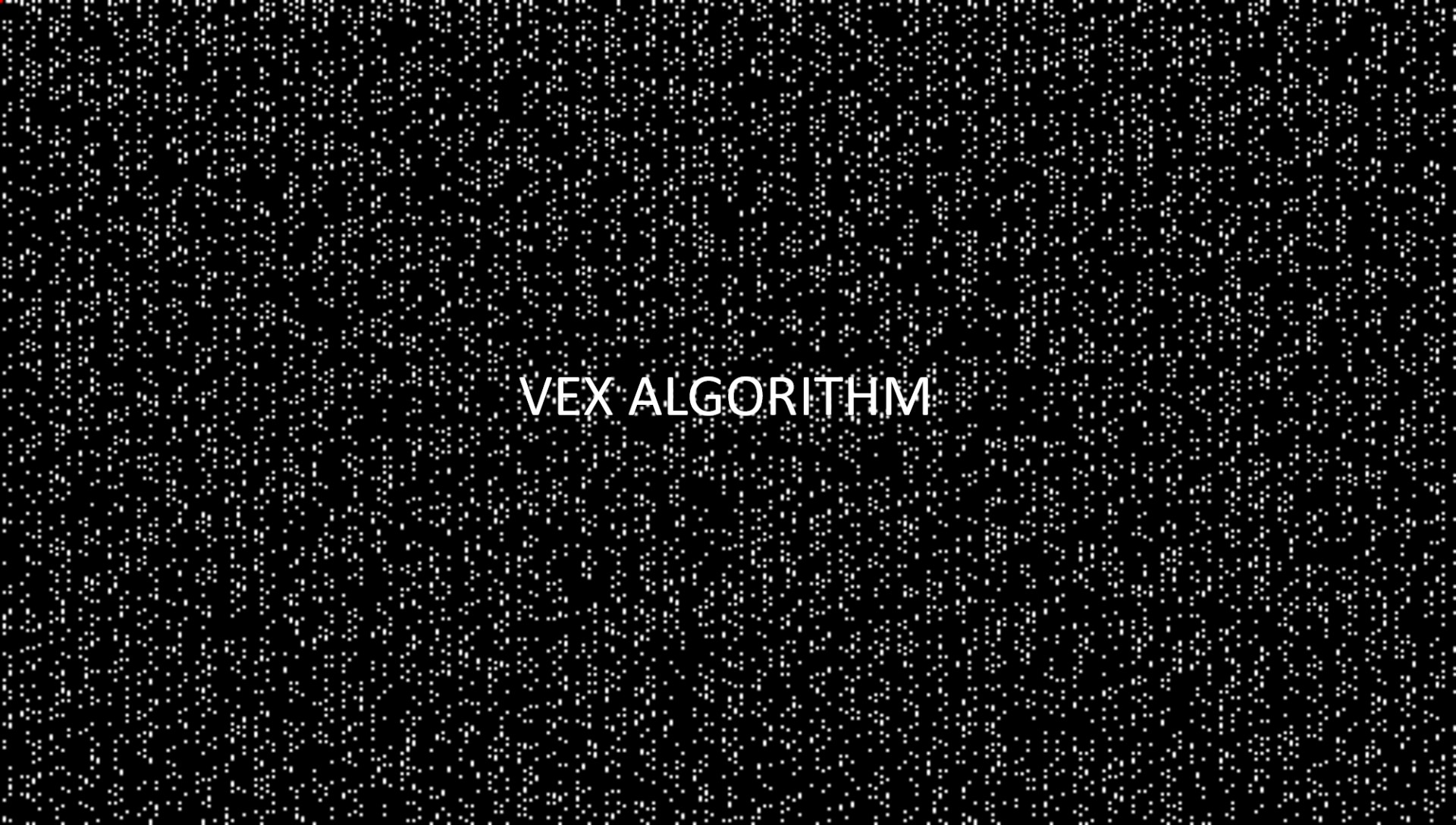 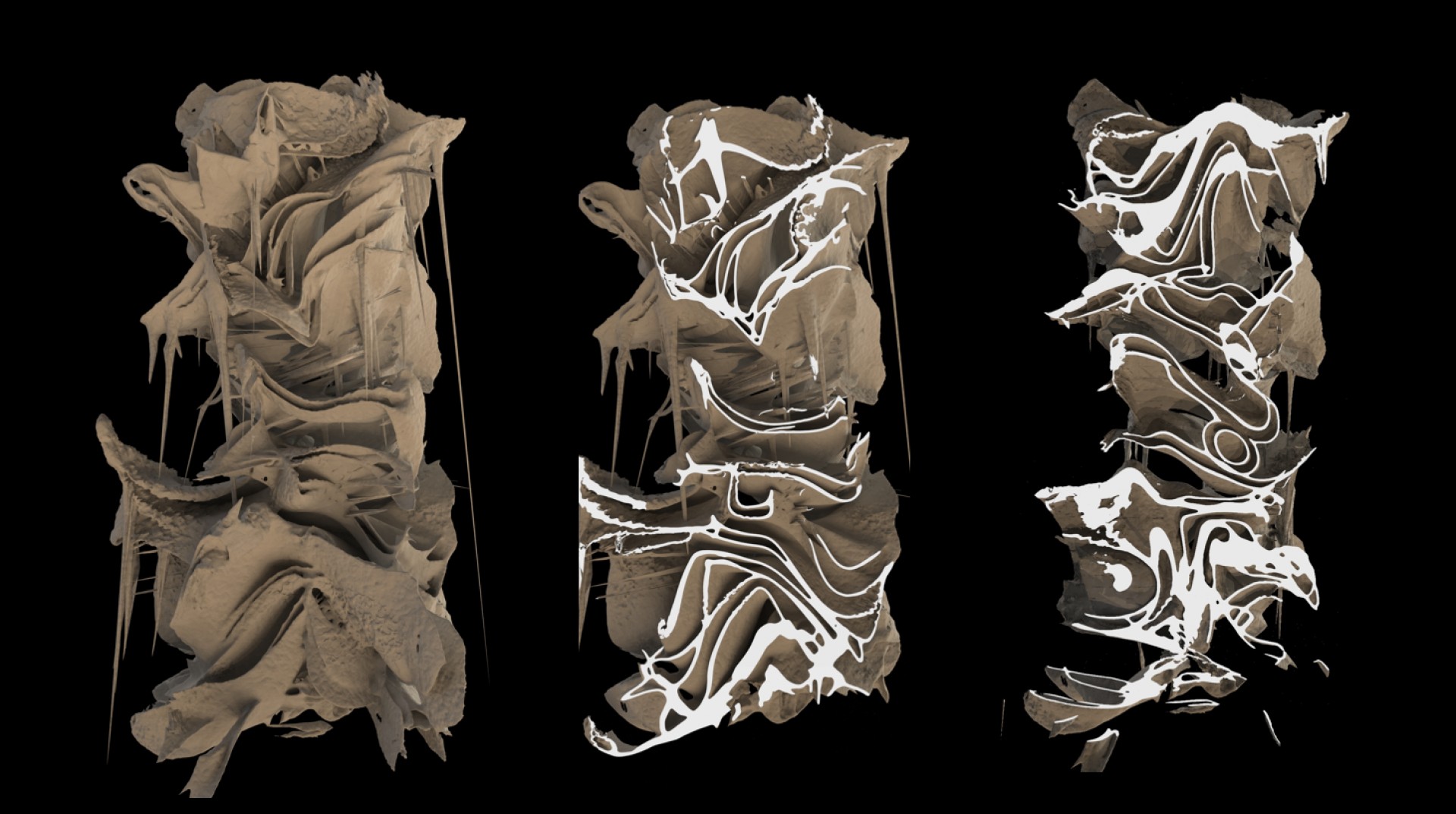