Erratic rainfall patterns in Gujarat, led to lower vegetable acreage in 2019. Due to water scarcity in the state, incomplete canal infrastructure and at times lack of access to other sources, farmers in the region are able to cultivate vegetables only in areas where groundwater is available.

Gujarat is also one of states with the most polluted rivers. Wastewater outfalls from the city and surrounding industries discharge contaminants into Sabarmati. With lack of access to other sources, in the downstream region, contaminated water from Sabramati is used for irrigation. In addition to the loss in production of food, the quality of farming downstream of Sabarmati has deteriorated. Irrigation with wastewater which is viewed as a reliable source, has led to decreased soil fertility and impacted agricultural productivity. Although Ahmedabad’s sewage treatment plants with a capacity of 633 million litres per day can cater to all waste water, lack of a well developed network and faulty system makes the plants run below capacity. Thus the waste water used downstream is not only untreated but is also likely to contain hospital and industrial wastes of different degrees. Analysis of water, soil and grains in the downstream region has shown elevated levels of metals like chromium and copper in the water.

Crops from villages like Gyaspur, Asamli, Bakrol, Chitrasar, Fatehpura, Navapura, Rinza, Saorda and Vautha find their way back into the city market moving contaminants along the food chain both in the urban and rural areas. As the production of food remains uncertain and the quality of food increasingly contaminated, migration to urban areas and an exponentially expanding population are adding to the already intensifying demands.

Focused on the urban concern of contamination and decreased food production in Ahmedabad, Food Cover is a speculative take on the potential of Ahmedabad to respond to the crisis. Inspired by C J Lim’s Food Parliament, the project reimagines water infrastructures to put food production at the core of the city’s functioning. Using the production of food as a medium to link the flow of energy and nutrients from biotic to abiotic, the project hopes to prioritize the link between people and their environment. Injecting green space and air in the city, the intervention enhances livability while economizing production. Appropriating the existing built fabric into the design, it situates a multitude of functions and creating employment opportunities and fostering community engagement. Fundamentally and most importantly, the project speculates closed cyclic systems of sustenance making the city a closed loop regenerative system centered around two resources most essential for survival - water and food. 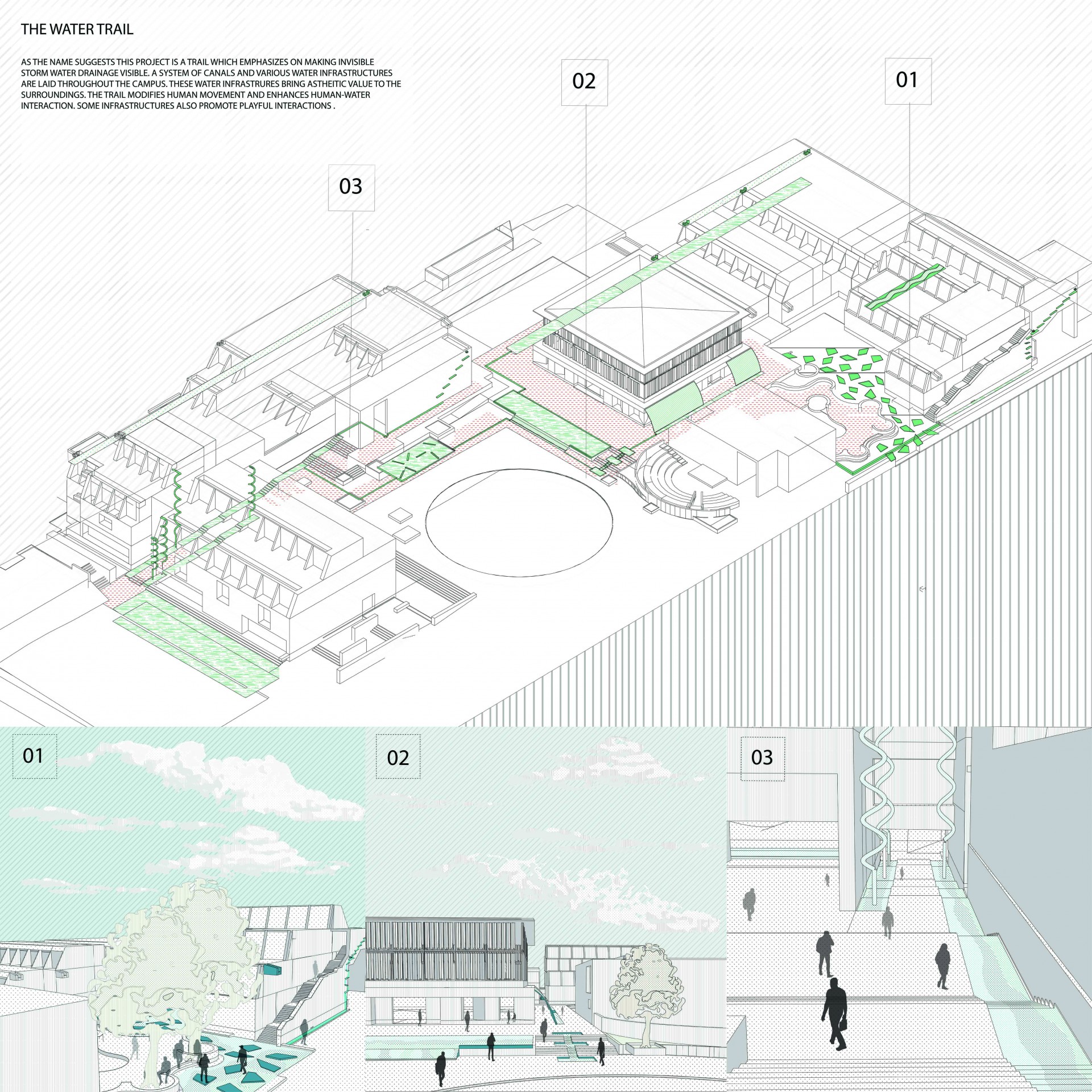 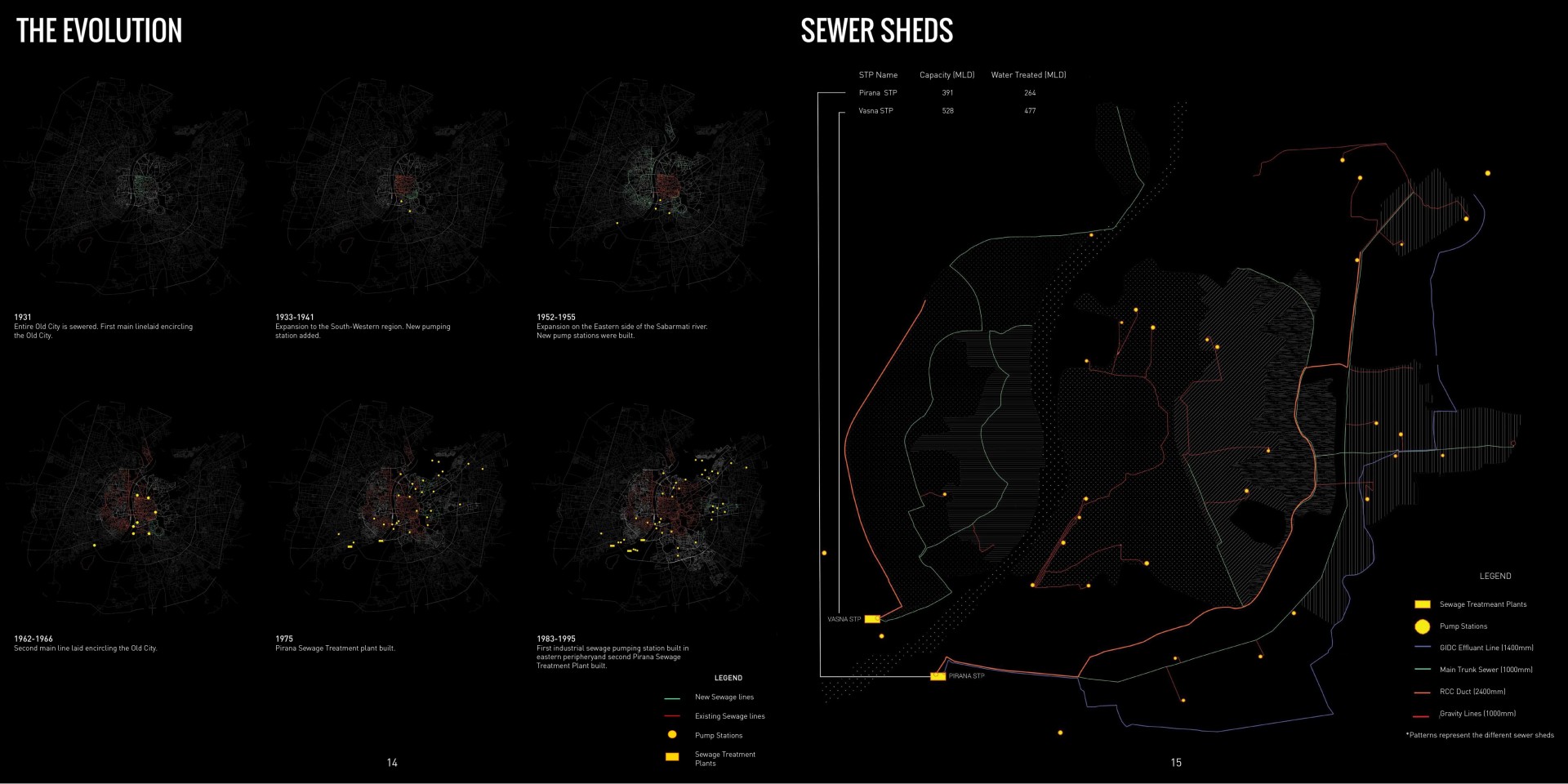 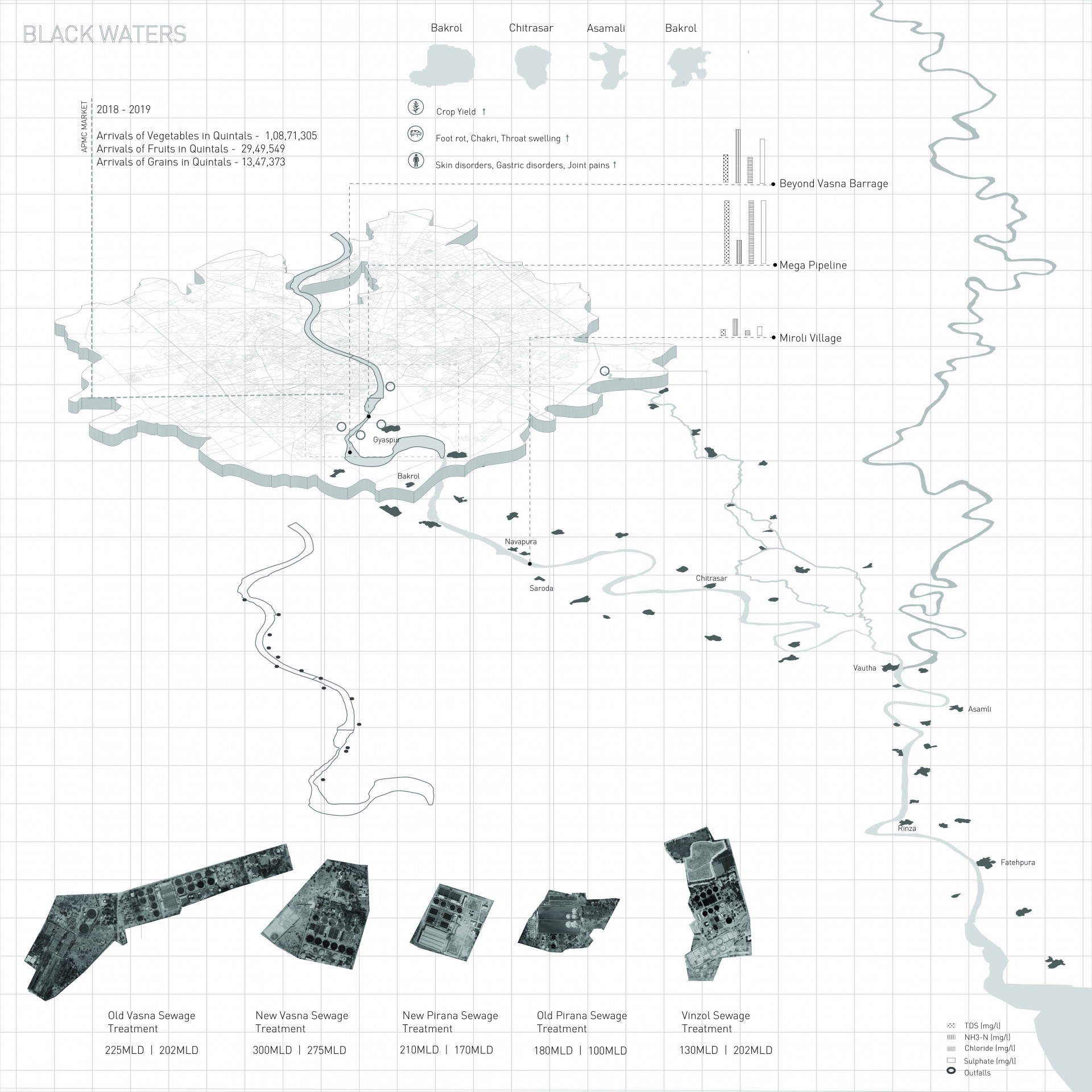 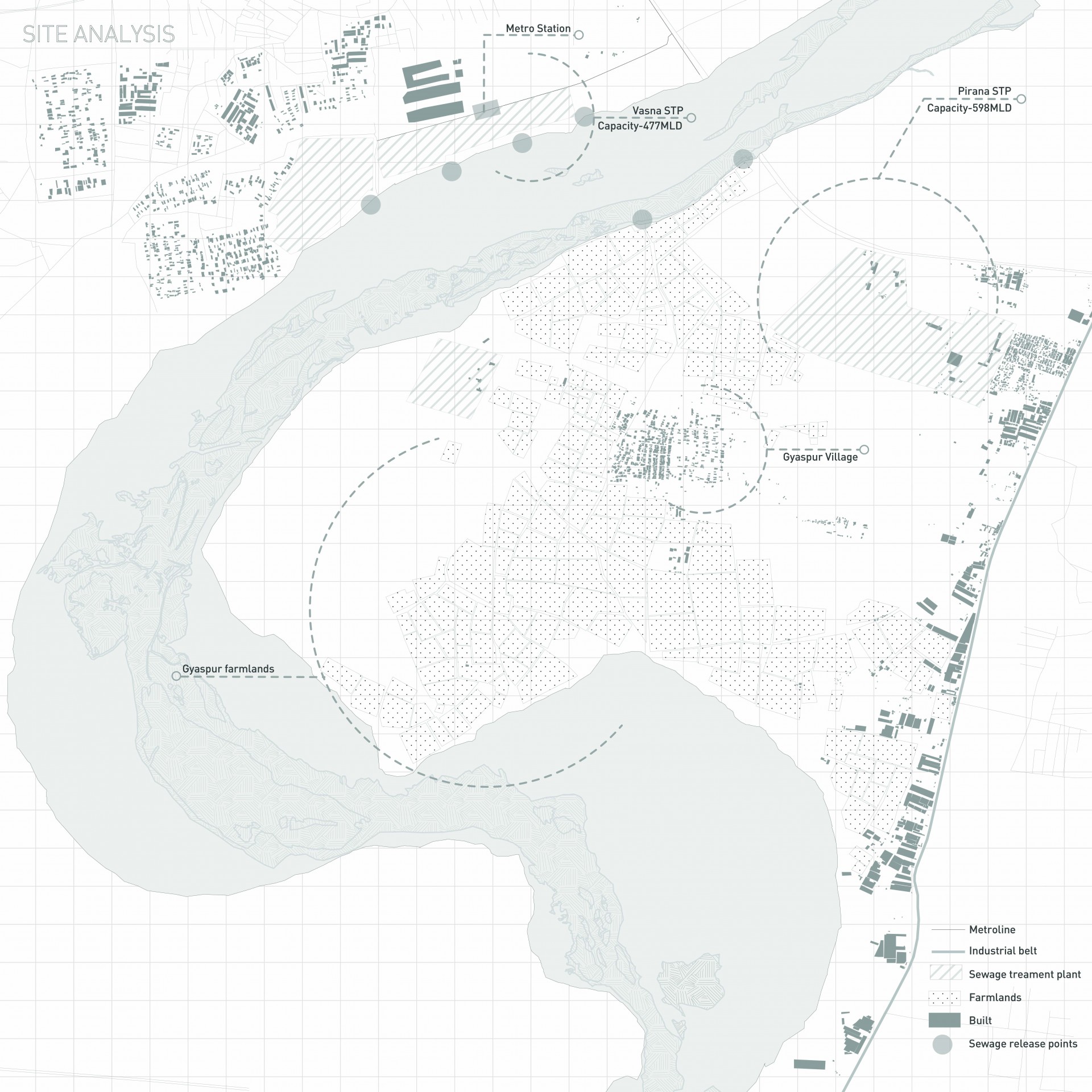 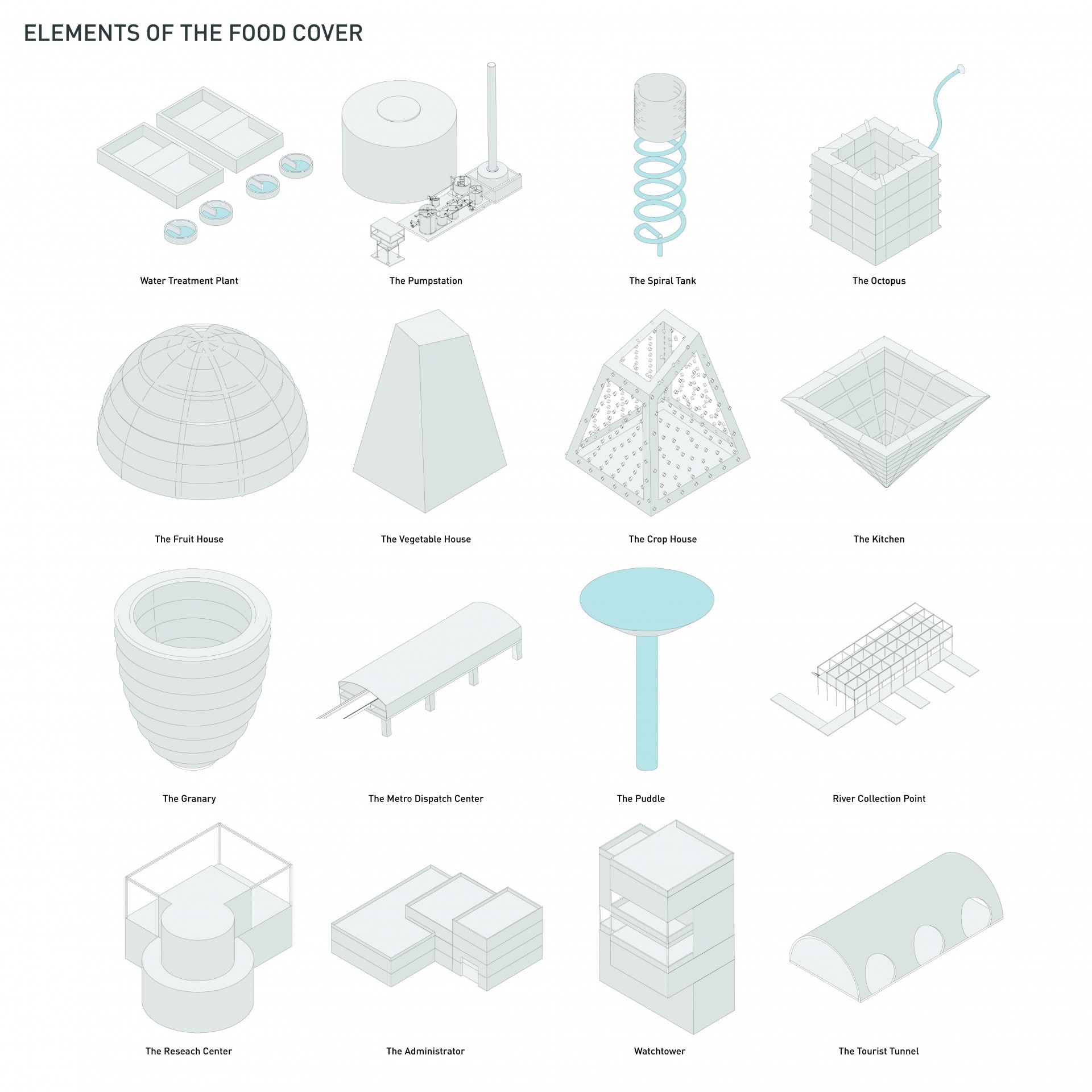 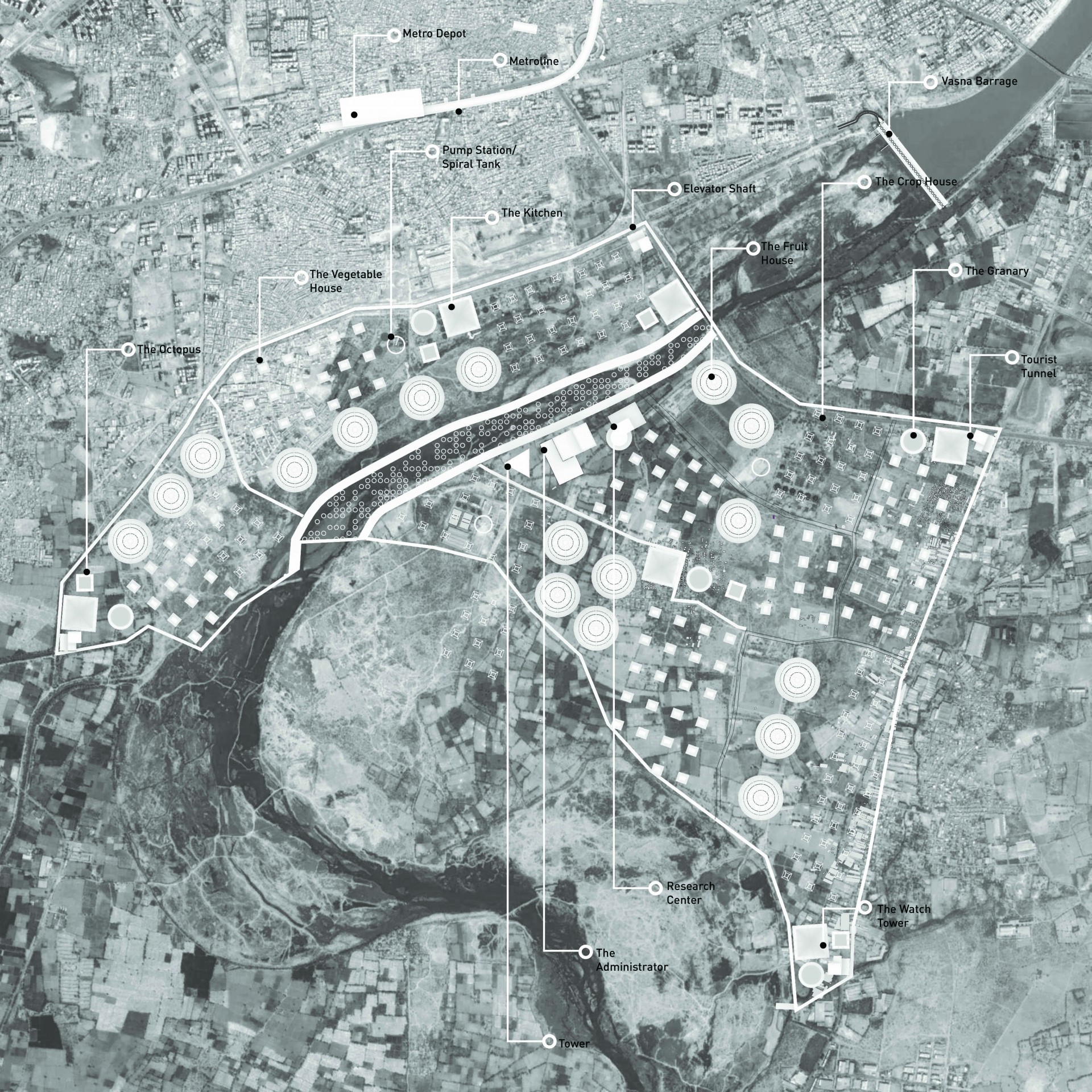 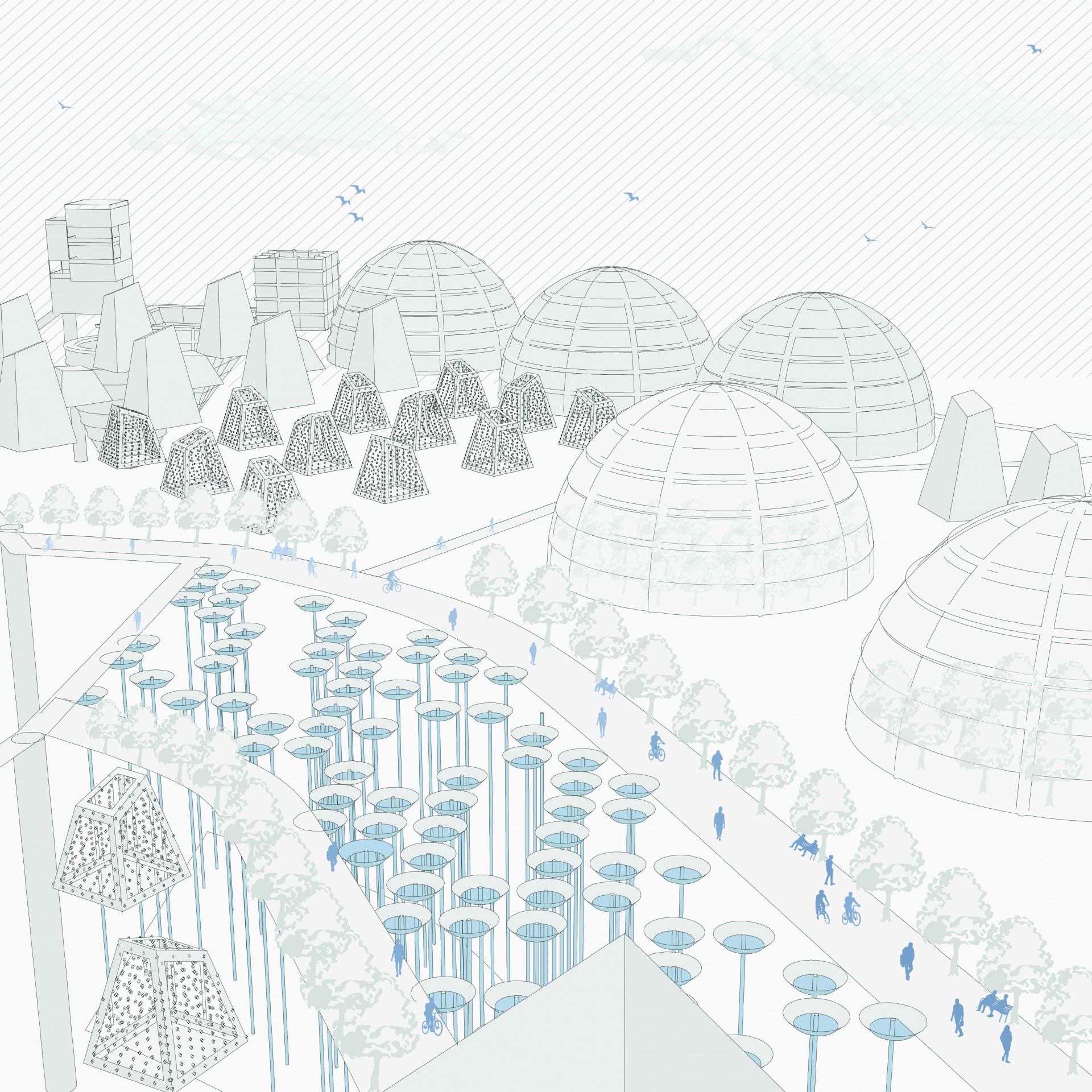 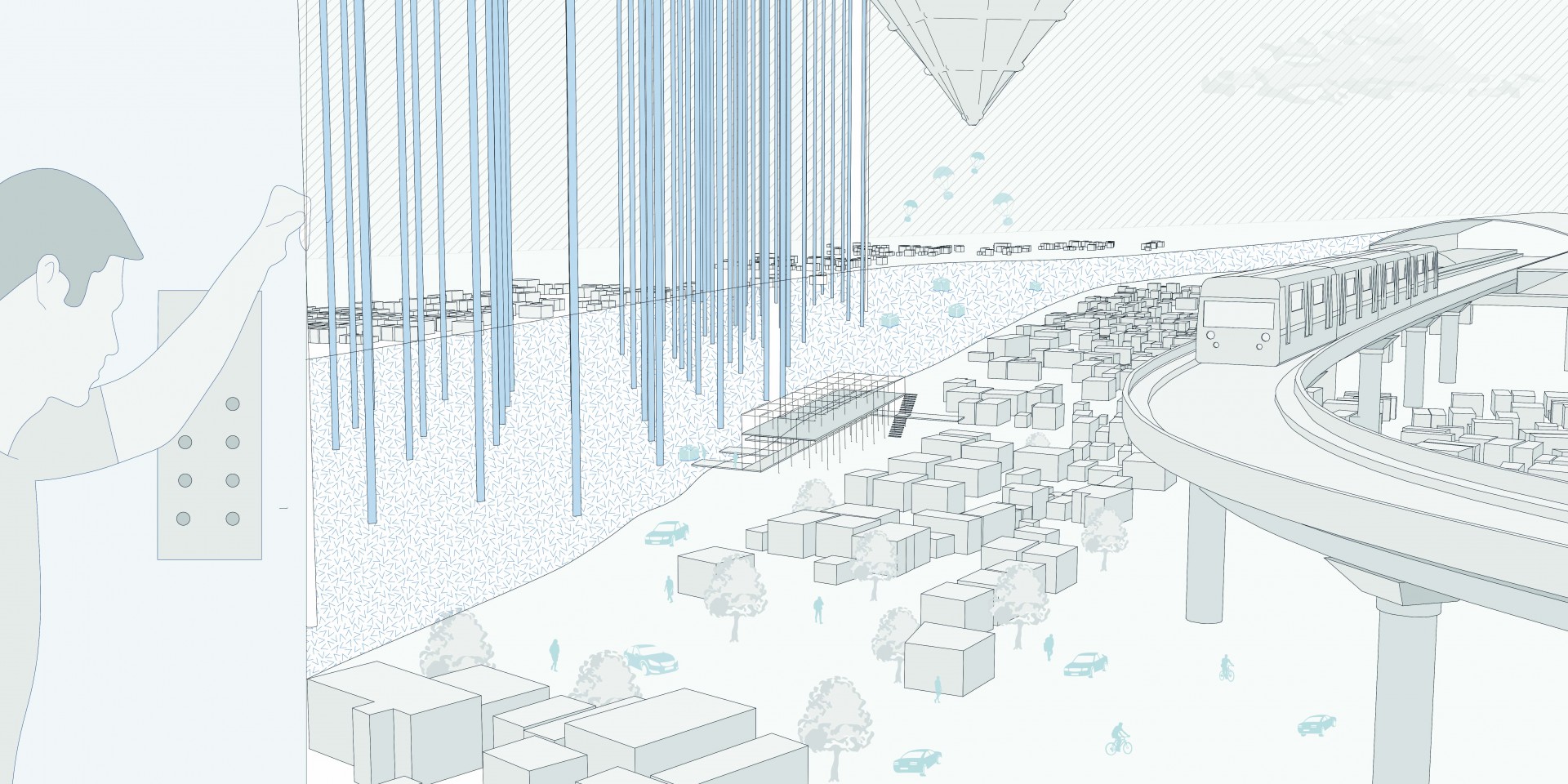