2050 is far enough off to imagine, the urban environment will be very different then today but from research and study, we know a few things are likely, the Rise in sea level due to melting ice sheets caused due to gasses, active volcanoes and other reasons will leave us with very less amount of land then we acquire today.
Three quarters of people will move to higher grounds, latitudes that could withstand flooding scenarios due to higher topography, the density and population of these regions will rise drastically and city residence will have access to less natural resources than today. Demand of power and energy consumption will increase, division/ barrier in between industrial/ residential and commercial sectors will also shrink, demanding for new ways to purify city air, Changing the basic morphology and functioning of a building as we know today.
The project is based on Liverpool, Its a large scale infrastructure project based on analytical calculations and data sets, that are used to develop the project. The Project looks at future scenario in Liverpool caused due to flooding by rising sea levels; How it will impact the morphology and urban dynamics of a city with shrinking land. Various mapping exercise, research and algorithm was developed to understand the context related to urban elements to design a sustainable build concept that is able to support the cities and people of tomorrow. The sustainability aspect is characterised in the form of green/ Renewable form of energy whereas smart integrative system is supported by vertical public infrastructure and smart façade to regulate/ absorb CO2, refreshing the city air. 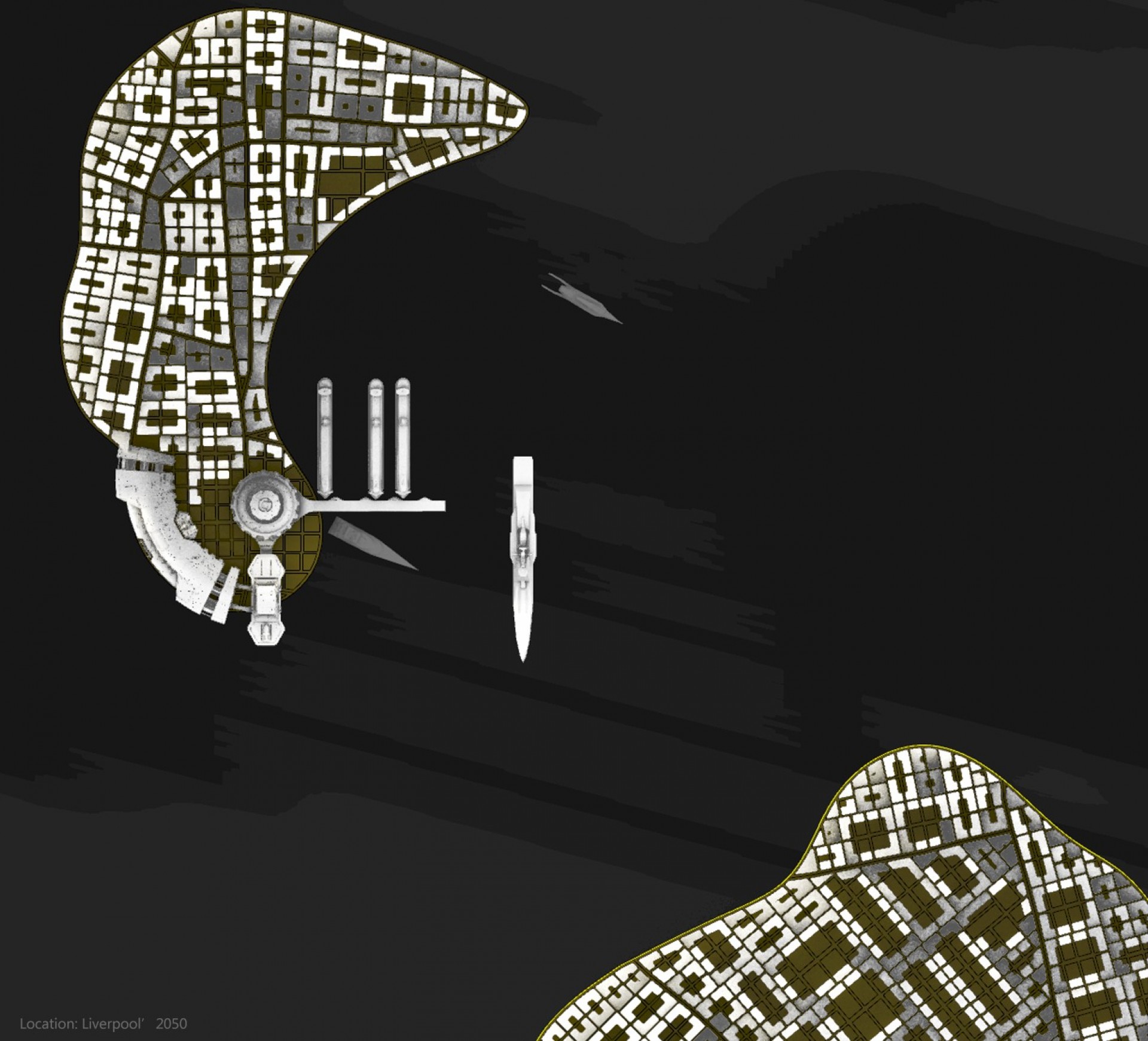 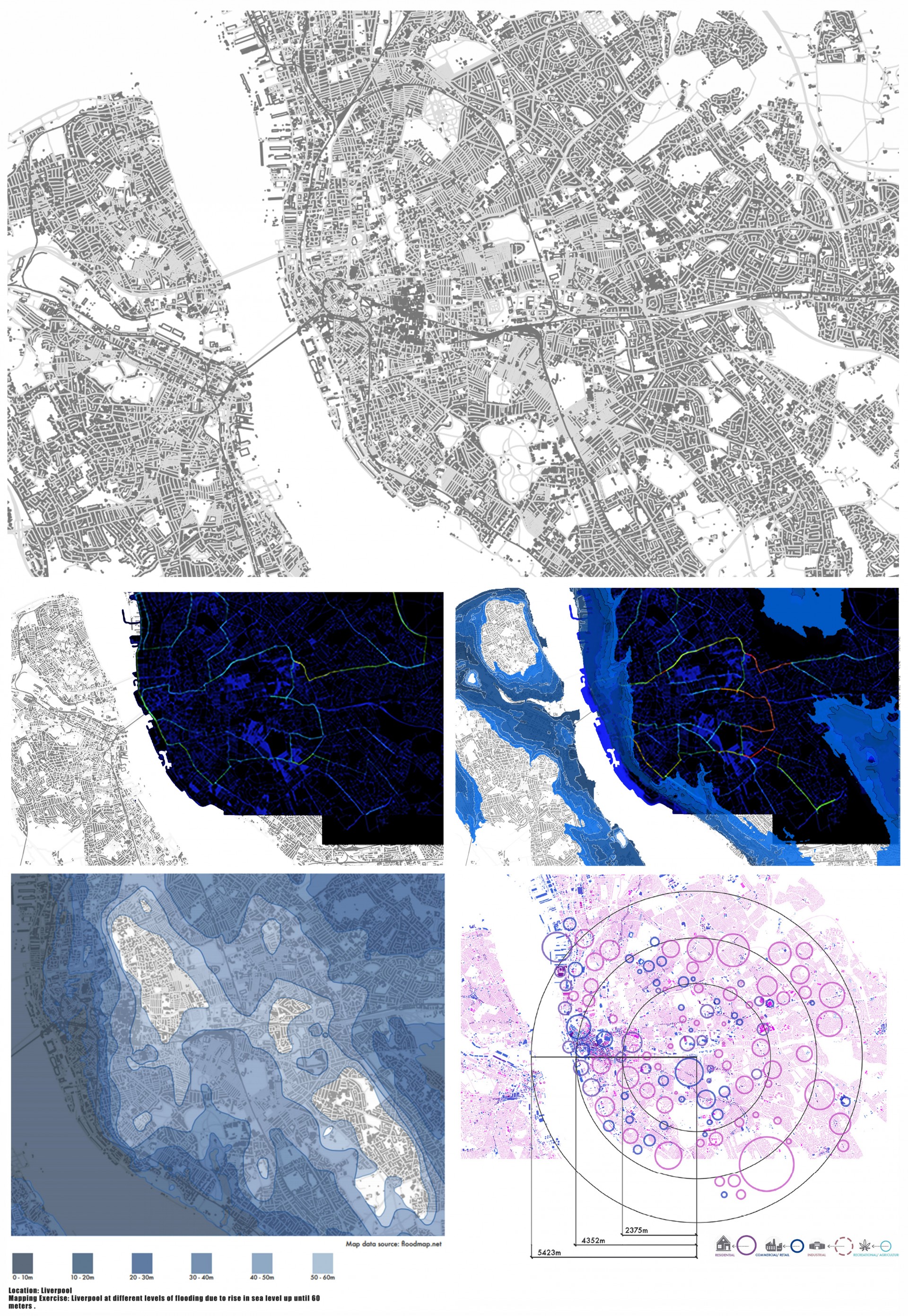 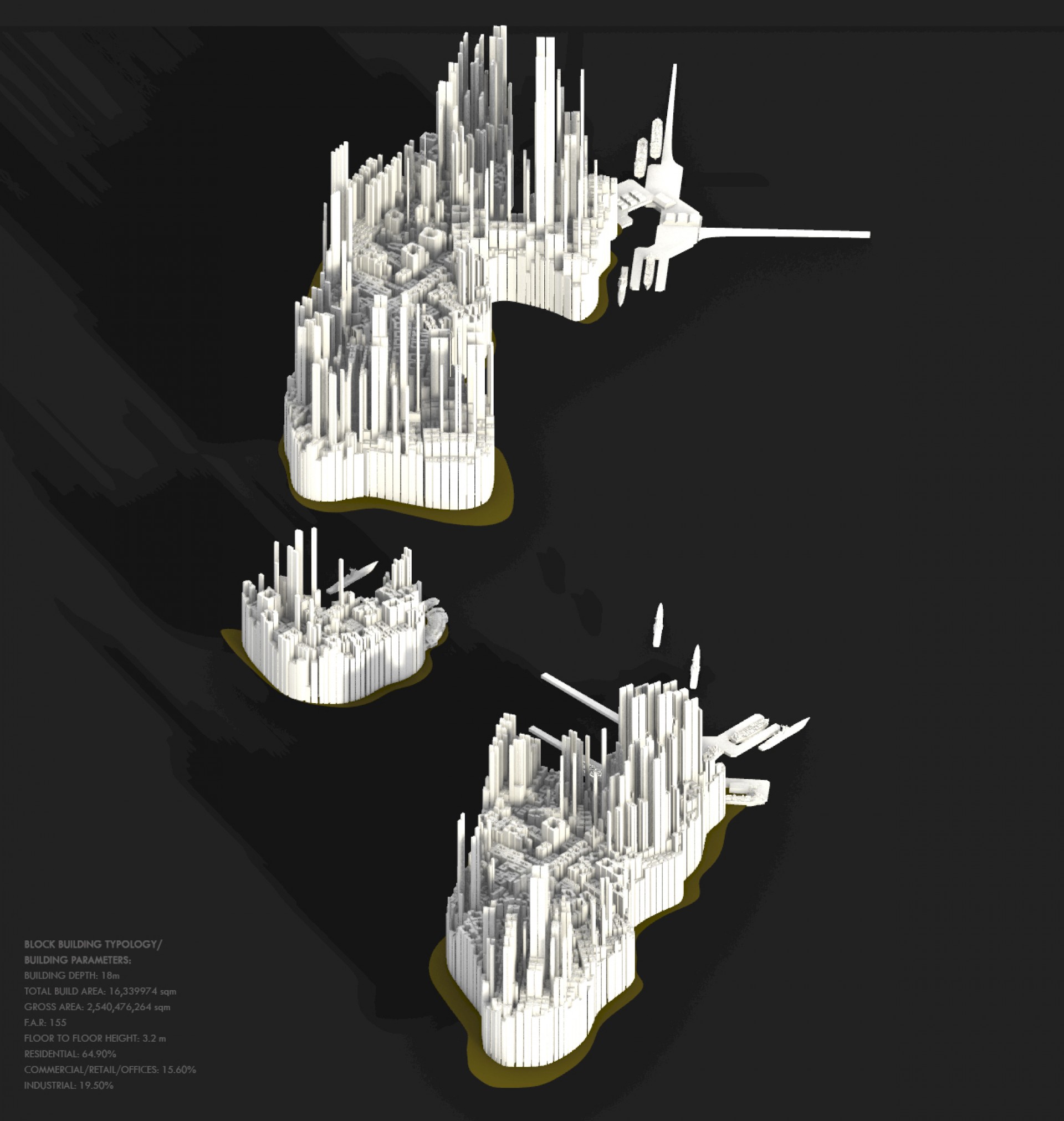