The International African American Museum (IAAM) mission statement reads: “Located on one of the most important sites in American history, the port of arrival for nearly half of all Africans forced to North America, the International African American Museum (IAAM) in Charleston will illuminate the influential histories of Africans and their descendants in South Carolina, highlighting their diasporic connections throughout the nation and the world.”

Enslaved Africans arriving to Charleston were brought to a place called Gadsden’s Wharf, on the Cooper River. The number of enslaved persons held at Gadsden’s Wharf could range from a few to a thousand at a time. Persons awaiting sale were kept in large holding spaces, sometimes for many months. Mass casualties were not uncommon at the wharf. Many men, women, and children died on site, never even reaching the auction block. This makes Gadsden’s Wharf sacred ground.

The project begins by working simultaneously on creative form/material studies and analytic diagraming of Aldo Rossi’s Monument of the Resistance in Cuneo (1962) and Giuseppe Terragni ‘s “A Small, Rationalist Monument (1934). In the initial design process, the “Gadsden’s Wharf” line plays a crucial role in the adaptation of the formal research.

The building takes visitors to the underground and uses the former wharf line as a threshold for reaching the courtyard. The sacred ground becomes part of the building. The materiality of the building and rusticated façade reflect the roots and the memories of slavery.

The project seeks out contemporary architectural expressions while putting the ground into question as architecture’s stable substrate and contrasting it to current reactionary formal impulses. The ur-formal approach takes shape with the diagrammatic toolsets such as sweep, rotate, boolean while orienting the mass through the references of the site's prominent elements. Re-appropriation of form for programmatic and site-specific relationships creates the backbone of the Jettison: the ur-formal. 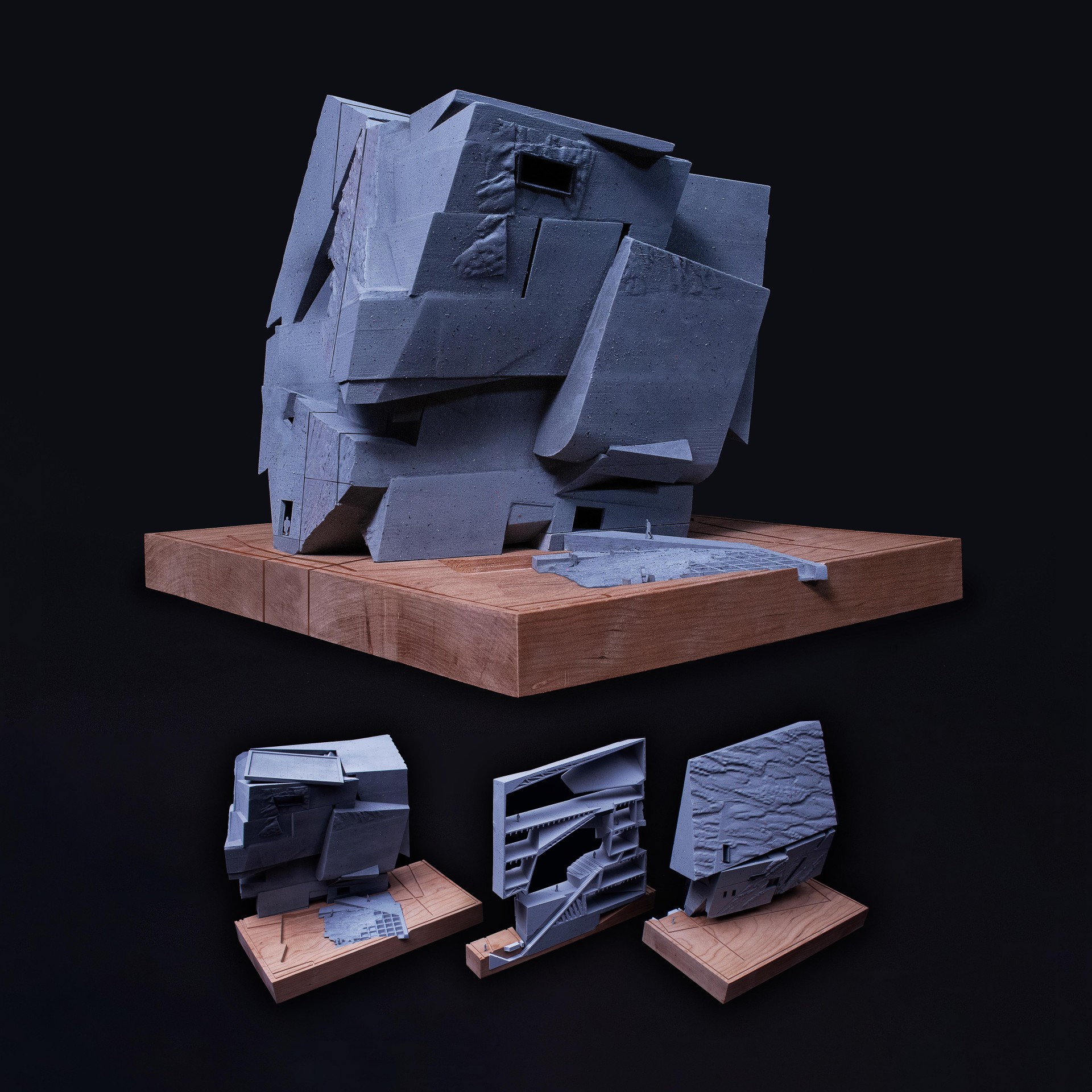 Oil Board Models, in the search of ur-form

Plaster Models, in the search of ur-form 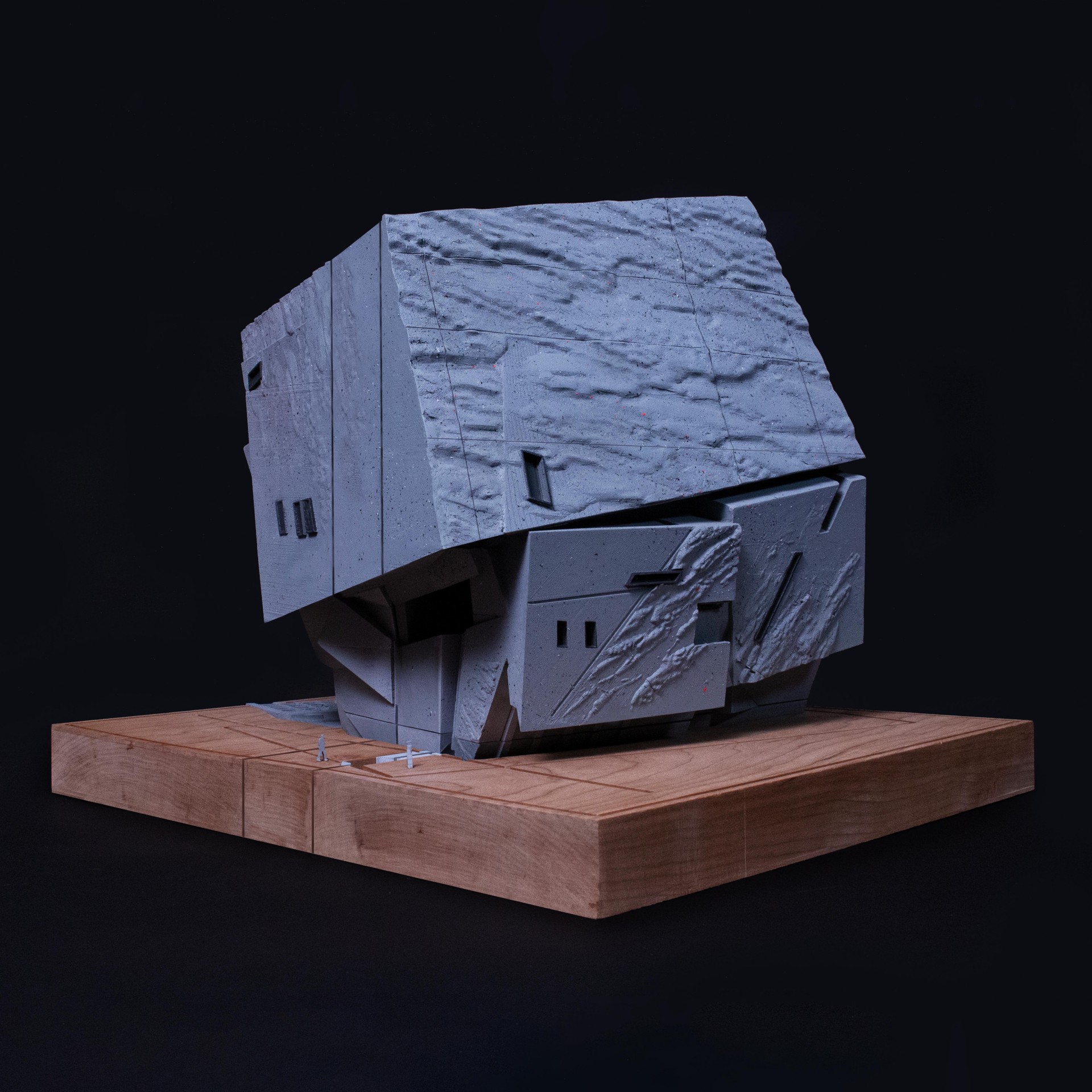 Floor Plan 0, re-appropriation of form for programmatic and site-specific relationships

Floor Plan 1, re-appropriation of form for programmatic and site-specific relationships

Interior View, “Power of Place” Gallery, an attempt to reach the light

Exterior View, The Path through Memorial Garden, leading to the museum